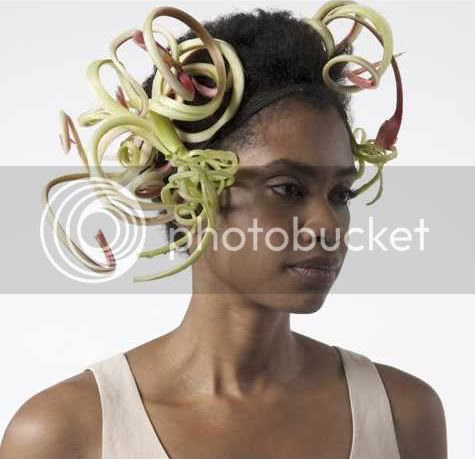 
It may be Fashion Week in the NYC, but here in the 773 it's all about the first-ever Feast and Fashion fete.

That's the deal, and thrill, for the monthly Clandestine affair, you know, those secret underground dinner parties where guests don't find out the location until the day before the event.

What we can tell you is that it's taking place in a Lincoln Park supermarket, where local designer Anke Loh should intrigue diners with her clothing paired with offbeat headpieces by milliner-extraordinaire Eia Radosavljevic that are made from veggies and snacks. Models will strut their stuff down the supermarket aisles and food-ish jewelry will adorn guests who want them.

Since it's going down in a supermarket, diners will get their grub at four different kiosks, including an heirloom tomato salad in the produce department; wild salmon tartare at the fish counter; mixed grill of local quail and artisanal sausage at the deli; and a sampling of Clandestine's award-winning, house-made frozen custards in the freezer aisle.

Get an early start on your Oktoberfest reveling with Clybar's new German-style Das Boot that's meant for drinking 72 ounces of suds. For $36, you'll get to fill it up with one of the seasonal beers or your fave, but it's only available daily by reservation.

In the market for new wheels?! Kia rolls into fat event space En-vent (344 N. Odgen Ave.) through Sunday for the Soul Collective party. RSVP here for tonight's event, which includes free booze, test drives and music by Moneypenny and Neon Indian. Through Sunday, the all-day parties include performances by Plain White T's, Times New Viking and The Walkmen. Follow on Twitter here to find out how to get in. Free. 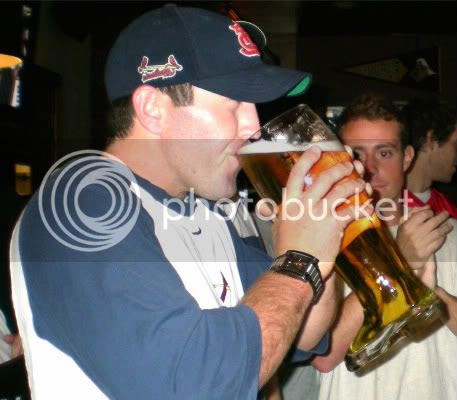 These boots were meant for . . . drinking out of. (Photo: Clybar)

Raise your hand if you love freebies. The new dealio over at Nacional 27 isn't exactly free, but how can you be disappointed when they're doling out paella and tapas for $2.27?! The after-work gig happens in the lounge, where you can chow down on as much as you like from 5-7pm Fridays. And if you're not too full, hang around for Miami Nights, the sizzling South Beach party with DJ Cairo. 9:30pm-2am. No cover.

Today marks the eighth anniversary of the terrorist attacks on the World Trade Center in NYC, and Le Passage's throwing a fundraiser with proceeds going to the National September 11 Memorial & Museum. One person will win a trip to New York! 10pm-4am. $10 donation.

It's the last day of National Waffle Week, so don't miss out. We suggest heading over to The Pony for their signature Saturday brunch dish: Southern fried chicken and home-style waffles, with strawberry whipped butter and Mrs. Butterworth’s syrup. $7.

Get an early start on celebrating Mexican Independence Day (Sept. 16) with Salud's sixth-annual Tequila Festival. In addition to giveaways, they're doing $4 Modelo Especial and Negra Modelo drafts, plus you'll get to dance to a 10-piece salsa band. 8pm-3am. No cover.

You can go loco over the new brunch menu at Angels & Mariachis, approps named Sombrero Sundays. Come in wearing a big-ass sombrero (you can also buy one at the bar for $20) for 50 percent off your beverage tab. Also, with a purchase of an entree, you'll get a bottomless Mimosa for $20 (Does that mean it's only ten bones with a sombrero?!). Signature dishes include the Chilaquiles (crispy corn tortillas topped with cheese, onions, sour cream and two eggs) and Huevos rancheros (tortillas with two scrambled eggs, ham, tomatoes, cheese and house-made red ranchero salsa). 11am-3pm.

And River North mainstay Zocalo celebrates its third-year anniversary and Mexican Independence Day through Sept. 17. For $30 per couple, you'll get three courses, including guacamole and chips, grilled flank steak in a pasilla broth, and a roasted poblano pepper stuffed with ground pork and beef.
Served deliciously by 312 Dining Diva at 6:00 AM