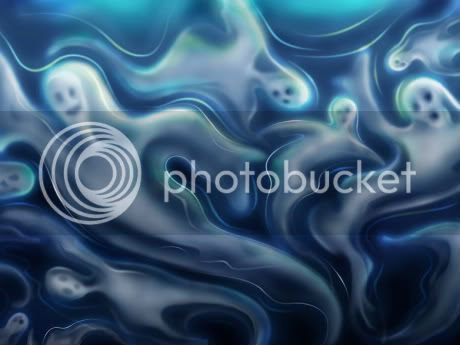 Whether you dress up as a Real Housewives of Atlanta character or one of the many recently deceased celebrities from the summer of '09 for Halloween, I'm sure you're going to look absolutely dreadful—which is a good thing.

If you get your costume together early enough on Saturday, join the festivities for the first-ever Wicker Park Halloween Prowl, beginning at noon.

The Collaboraction Theatre Co. kicks off the madness at the Polish Triangle (Ashland, Milwaukee and Division) with a theatrical procession of dancers, actors, musicians, vampires and mummies, who'll travel to businesses throughout the area.

Of course, it's free, and you can even bring the kids to this one!

Looking for the best nighttime fright fests?! You know I've got you covered:

If you're single and ready to mingle, grab your buddies and head over to Sheffield's for the annual pumpkin carving party. All you have to do is show up because they're supplying the pumpkins for free! Do your best work now because Sheffield's will be displaying them throughout the bar. Starts at 5pm tonight through Saturday. Free.

This is definitely a treat for the adults! The team from Twisted Oak Winery makes an appearance at the University Village LUSH for a special release party for River of Skulls, a limited-edition Syrah blend. In addition to the tasting, you'll get snacks, rubber chickens and staffers dressed up in pirate costumes. 6-9pm. $40, but RSVP recommended.

The Soooooooul Train Halloween costume party goes down at Shrine, and you don't want to miss out. NYC's Mick Boogie spins enough funky fare to keep you on the dance floor all night. 9pm-2am. Get $10 advance tickets here.

Division Ale House's going all out with a Halloween-themed brunch for Saturday only. You'll get to choose from pumpkin-and-pecan pancakes, Mummy Dogs with "vampire" dip, or spicy ketchup, plus a special Witches Brew cocktail made from Captain Morgan rum, Chambord and Midori. Also, $7 build-your-own Bloody Marys, breakfast risotto and Grand Marnier French toast. 11am-2:30pm.

If you think the North Halsted Street Halloween Parade is out of control, maybe you should check out the 29th annual Halloween Tavern Tour this year on the Gold Coast. The madness begins at noon at Streeters, then travels to a bunch of bars in the neighborhood, including Blue Agave. Free (drinks on you).

Experience Sunda's first-ever Dim Sum in the Dark, as guests will be treated to a selection of dim sum items in a sophisticated, darkened, candle-lit room. Share-able items (all for $8.88) include crab pot stickers, Har Gow (shrimp-filled dumplings), BBQ duck legs, steamed Chilean sea bass and five spice chicken wings. The regular menu will be offered as well.

Get ready for a 3-D Creature Feature-themed bash at Kit Kat Lounge & Supper Club as it's transformed into an eerie eatery. All guests will get comp 3-D glasses and popcorn (garlic, blood red caramel corn and spiced pumpkin) to watch a number of frightening films on five jumbo screens. Of course, they're also doing drink and dinner specials, plus a costume contest (312DD's a judge!) with a grand prize of $500 in cash. 5:30pm-3am. No cover.

Underground's theme this year is The Coven, with characters from classic and contemporary vampire tales. The setting will be transformed into a coven of blood-feeding faves. Deejays Jordan V’ampire and Jugular Rose spin. 9pm-5am. $20.

All those dead celebrities I was talking about earlier will show up at the Haunted Hollywood Halloween Party at Roof. Staffers will be dressed up as fallen stars, and they're encouraging you as well because there's a $1,000 prize for best costume. Matty Harris spins; Screen on the sixth floor will feature classic horror movies all night. 9pm-3am. No cover.

And if you're still up for more hangin', this week's Pops for Champagne Shift Drinks party is one not to be missed. Guest mixologists Steven Cole (Violet Hour) and Charles Joly (The Drawing Room) will sling the magic, plus Nacional 27's Adam Seger will also be in the house sampling his just-released Hum liqueur in a few signature cocktails. 8pm-2am. No cover.
Served deliciously by 312 Dining Diva at 6:43 AM