Do You Have the Luck of the Irish?! 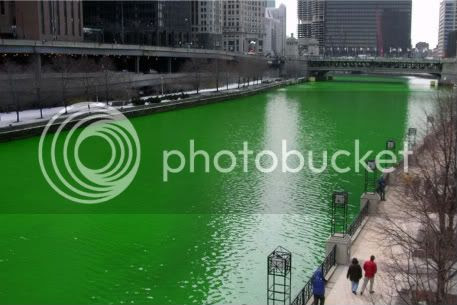 Division Street bars are known to kick it up a notch St. Patrick's Day weekend, and this particular bar gets to choose one lucky person who will dye the Chicago River green!

All you have to do to qualify is register early at WXRT-FM or in person at the bar by 9pm. The party also includes live music from the Big Shoulders Brass Band and drink specials ($3.50 Miller Lite drafts and Green draft beers). 9-11pm Thursday. No cover.

Everyone's Irish all weekend long all over town:

Through St. Patrick's Day, The Gage's Dirk Flanigan features signature Irish-influenced dishes like curried goat loin with rutabaga hash and sultanas; house-smoked Irish salmon (corned in pepper and salt and served with brown bread salad, horseradish and leeks); and coddle, Flanigan’s update of a traditional family stew made with sausage, pork belly, potatoes, mustard and cabbage. Guests will also get to enjoy live music on March 13 and St. Patrick's Day.

Guinness Brewmaster Fergal Murray's in town to judge the Pour the Perfect Pint competition at Grace O'Malley's Restaurant and Pub. That goes down at 9pm. No cover.

Dance with the Manor Leprechaun at this charity party for Endure to Cure. They're doing an open bar paired with snacks from 9-11pm for only $10 if you purchase tickets here. The party continues until 2am, then VIP trolleys will take guests over to RiNo for the after-party. 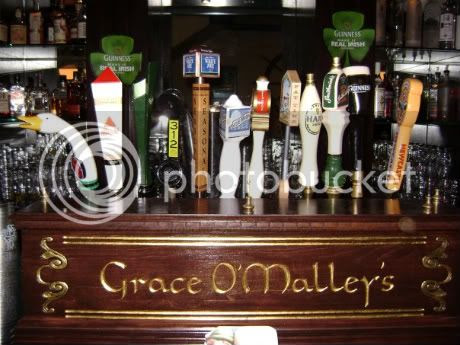 A bunch of spots open early Saturday to take advantage of the crowds heading over to the downtown St. Patrick's Day Parade. You'll get an all-you-can-eat buffet, live music and deejays at LaSalle Power Co. when doors open at 9:30am. The $35 package includes sliders, mac and cheese, eggs, green beer and booze. Other specials include $4 green Miller Lite and Bud Light drafts; $5 Guinness drafts; and $6 16-ounce aluminum bottles of Miller Lite and Bud Light.

Fulton’s on the River opens at 9am, so get there early so you can claim your spot to see the river run green. Outdoor seating will be available (with space heaters!) as a live band performs. A number of $5 specials include Irish Coffee, Guinness drafts, pork belly and egg sandwich, corned beef Reuben, and Ploughman’s Sandwich (Black forest Ham, roasted turkey, dill mustard, Dublin cheddar.

Through March 17 Moonshine is doing a number of mouthwatering specials to celebrate the occasion. Standouts include the duck confit Reuben with hand-cut fries; Irish cheddar beer cheese soup, and roasted potato and whisky glazed corned beef gratin. They're also doing a number of drink specials, from the $4 Jameson shots to a number of $3 signature Moonshine drafts. Also, live music and giveaways.

Since the infamous South Side Irish Parade has transformed into this in 2010, Bar1 Events has decided to pick up the slack with The North Side Irish Bar-ade. This three-hour pub crawl sounds like trouble indeed as it stumbles along to Lincoln Park hot spots McGee's, Duffy's, Durkin's, Redmond's, Wrightwood Tap and Maeve. Your $15 ticket includes booze, trolley service and light bites. 2-5pm.

For a more civilized celebration, take your party to the Four Seasons for a very chic, Irish-inspired buffet brunch. Executive Chef Kevin Hickey once worked at the Four Seasons Dublin, so look for his twist on classic dishes such as hot smoked Irish salmon with creamed leeks and mussels, roasted Irish bacon with Colcannon Potatoes, and fresh shucked oysters with Guinness mignonette. Brunch will also feature music by The Boils and performances by The Sheila Tully Academy of Irish Dance. Seatings at 10:30am and 1:30pm. $72 for adults; $25 for children 5-12.

And famed chef Mario Batali teams up with Paul Kahan for the Eighth Blackbird Benefit at The Publican. The event begins with a show at Packer Schopf Gallery (942 W. Lake St.) featuring eighth blackbird, Wilco's Glenn Kotche and Batali on the guitar (!). After the show, chefs Kahan and Batali will create a five-course, music-themed meal paired with wine and beer at The Publican. 5:30-11:30pm. Reservations required; $250.
Served deliciously by 312 Dining Diva at 9:16 AM