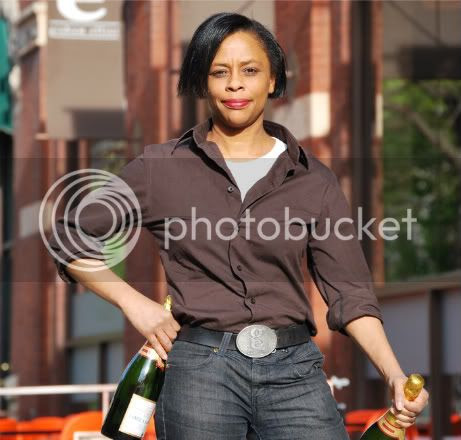 
Lynn House is having one hell of a month.

The award-winning mixologist, who was formerly at Graham Elliot and The Drawing Room, was featured in the June issue of Ebony.

And now she's got a hot new gig, according to an Ultimate Insider.

It hasn't been officially announced yet, but she's been named chief mixologist for Blackbird, the iconic contemporary American resto in the West Loop.

She'll certainly be making some original cocktails to match Blackbird's unique vibe and superb cuisine, but we'll keep our fingers crossed that she'll bring her signature London Calling cocktail to the bar. The sweet potion's made of Plymouth gin, ginger water, apple syrup and cucumber soda.
Served deliciously by 312 Dining Diva at 11:50 AM

I love Blackbird... this just makes it better!