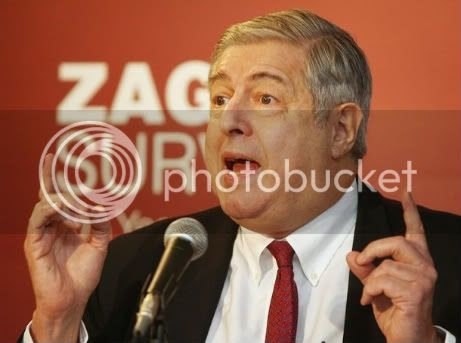 
I know how we feel about Chicago, but it's nice to be validated every now and then by an outsider that we're a world-class city when it comes to dining.

New York native Tim Zagat, who founded his eponymous mobile guidebooks in 1979 with his wife, Nina, has been coming to Chicago for more than 40 years. For him, it never gets old because there's always something new to discover on each trip.

"I follow the advice of the more than 5,700 local people who subscribe to the Chicago guide," says Zagat about where he dines when he comes to town several times a year. "Plus, I'm more inclined to go to restaurants I haven't tried yet that have been getting buzz in the guidebook. Places like Browntrout, Sprout, Cibo Matto."

He admits, however, that this year's guidebook, which was just published in June, has taken on a different tone as more people are watching their $$$ in a tumultuous economic environment.

"The newer restaurants aim at being less expensive than the (older guards)," he says. "People are reading menus from right to left, instead of left to right. They’re drinking less and eating fewer appetizers and desserts. ... Even the top chefs are opening up more less expensive spinoffs."

Zagat adds that the trend can be found at dining establishments around the world, and he should know, as the guides cover more than 91 cities.

He also feels that Chicago's up there with more recognized dining cities like London, Paris, Tokyo and New York. Chicago's diversity of outstanding restaurant choices (from Eastern European to Thai) is what intrigues him the most and likely one of the reasons they decided to sponsor Taste of Chicago, which continues through July 4.

For the second year in a row, visitors to their booth can pick up complimentary guides, sign up for a chance to win Zagat memberships and cool off from the heat under a tent.
Served deliciously by 312 Dining Diva at 10:51 AM