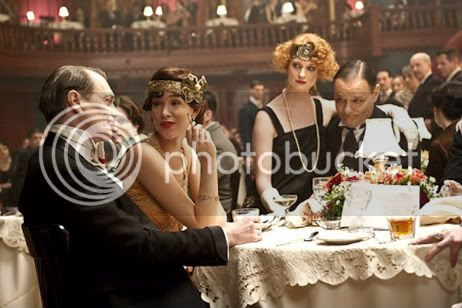 The first season of HBO's "Boardwalk Empire" ends on Dec. 5, which is also the 77th anniversary of the repeal of Prohibition. (Photo: HBO)


. . . of Prohibition comes to a head on its 77th anniversary Dec. 5. That's when the first season of HBO's highly acclaimed 1920s era series "Boardwalk Empire" ends on what's expected to be an explosive cliffhanger until next season.

There will certainly be parties to fete both occasions, such as the one happening at Faith & Whiskey. It kicks off at 6:30pm Dec. 3, with a Prohibition-themed video power hour at 8, which showcases video clips of "Boardwalk Empire," "The Untouchables," "Miller's Crossing," "Legends Of The Fall" and "The Public Enemy."

And what would a Roaring Twenties rager be without live entertainment?! Dancers from burlesque troupe Vaudezilla perform, and guests who dress up will also get to strut their stuff in front of an audience during a costume contest for "Best Female Flapper" and "Best Male Gangster." Winners get $100 each. 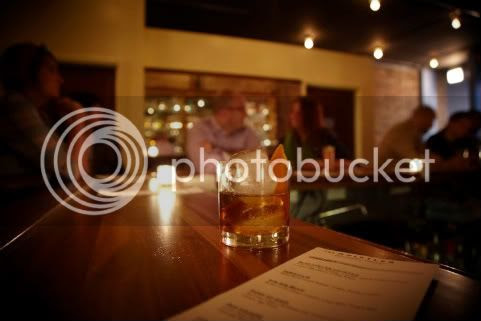 Who wouldn't want to grab an Old Fashioned at The Whistler?! (Photo: Neil Burger)


Even more ways you can celebrate Repeal Day:

Bar DeVille: For its second anniversary, this corner Ukrainian Village watering hole throws a speakeasy-style soiree. Plymouth Gin and Pernod Absinthe host the bar, which includes libations served in an antique punch bowl. Kiss Kiss Cabaret performs. And to get in, you must call 312-929-2349 on Dec. 5 in order to get the password for entry. Party happens 9pm-midnight Sunday.

Coq d'Or at The Drake: The first bar to get a liquor license after Prohibition ended always tops our list for classic cocktails. The bartenders look as though they've been around since those days, but man, they can throw down on drinks.

The Drawing Room: Some very classic drinks get updated here, thanks to the award-winning mixology team of Charles Joly and Tim Lacey. Topping the list are The Old Old Fashioned (Basil Hayden's bourbon, Angostura bitters, gomme syrup), the Martinique-style El Presidente (with Creole shrubb and housemade grenadine) and The Drawing Room Manhattan that's made with Templeton rye whiskey, aromatic bitters and topped with a housemade Maraschino.

Gilt Bar: The River North hot spot's underbar, Curio, is gaining steam, but it's also closed on Sundays. Therefore, you'll have to hit it up Friday or Saturday to absorb its old-school vibe. The cocktail menu is completely different from upstairs and offers guests a speakeasy setting.

Green Mill: Don't get all fancy ordering cocktails here, you've strictly come for the sounds. Traditional and jump jazz rule at this Uptown lounge, which used to be Al Capone's old hangout. We also love that it stays open until 4am Sunday.

The Violet Hour: Even on Sunday, it's hard as hell to get in here. Doors open at 6pm, so we recommend arriving early and bringing a group for one of the awesome autumn punches for $30 (serves three to four folks). On the menu are The Lady is a Tramp (Lady Grey-infused Beefeater, lemon, Licor 43, pineapple, Regans' orange bitters) and Buddha & Pest (Weller 107, apple juice, Zwack, Saigon cinnamon syrup, Angostura bitters).

Watershed: The members of Chicago LUPEC (Ladies United for the Preservation of Endangered Cocktails) host the annual repeal party at the new subterranean spot of Pops For Champagne. Guests are encouraged to wear period attire. 5-8pm Sunday. Cash bar; free. 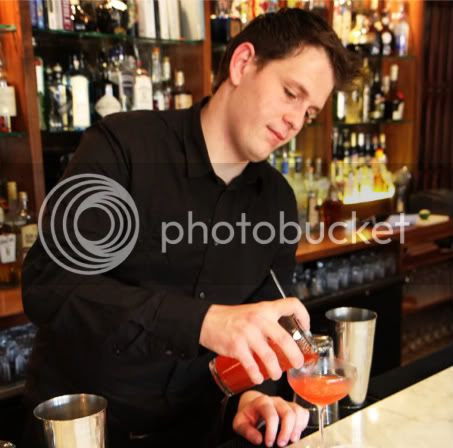 
Now, if you're throwing your own Repeal Day Party, some of my favorite local mixologists have created cocktails special for the occasion:

House says this pre-Prohibition cocktail utilizes Laird's Apple Jack, which has the distinction of having distiller's license #1 in the United States.

Serve up in a cocktail glass. House makes her own grenadine from fresh pomegranates, but she recommends that you look for either true grenadine (pomegranate) or pomegranate molasses at specialty markets.

Pearson says this cocktail and its many variations were popular during Prohibition as a way to mask the taste of bathtub gin.

Shake and strain into a cocktail glass. Garnish with orange twist.

Elk's Own (Paul McGee of The Whistler)

McGee's glorious spin on the Elk's Own cocktail (circa 1906).

Combine all ingredients in an ice-filled cocktail shaker. Shake for 20 seconds. Double strain into a double Old Fashioned glass that has been rinsed with walnut liqueur.
Served deliciously by 312 Dining Diva at 8:34 PM