What Is Really Going On At Ole Hardwood?! 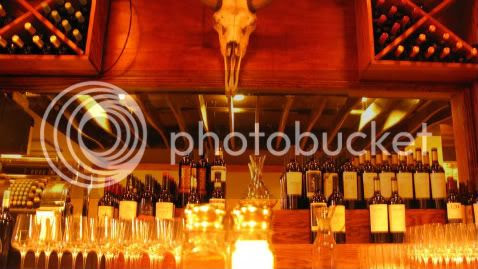 
Not since my coverage of Grocery Bistro have I seen so much drama with a brand-new restaurant.

The latest on Ole Hardwood—which hasn't even been open for two weeks:

It touts itself as a "gastro smokehouse" that specializes in ribs, but last weekend they had no ribs to serve. Why?! Turns out they didn't pay the suppliers, according to an Ultimate Insider.

In fact, since they haven't paid suppliers, they were forced to close on Monday. Checks have been bouncing left and right, and the kitchen staff is threatening to walk out.

This is the owner's third attempt at a restaurant at this exact location (Utopia International Caribbean Cuisine and Exposure Tapas) in less than two years.

Perhaps it's time for him to find another line of work.

UPDATE: Ole Hardwood is closed once again for service today!
Served deliciously by 312 Dining Diva at 10:42 AM

I checked it out, and the food was actually great. Ribs were tender without seeming overcooked, carnitas and pulled pork were perfect. The sides which I tried (sweet potato pecan crumble, mashed potatoes) were simple, but well thought out and executed. Brisket was good, but odd (it tasted, and looked, like corned beef). A little pricey for what they offer, and the room is definitely strange, and amateurish. (Black tablecloths? Chandeliers? Hideous chairs. Garbage like poorly arranged corn stalks and animal skulls that they are trying to pass off as tchotcke littering the room.) Too many servers working the floor, and our server was unable to answer many of the questions that my dining companions had. The drinks seemed pretty lame. (Martinis? How about a decent beer list? Some bourbon? Whiskey?) The kitchen seems to have everything under control, looks like everyone else in there needs to step up their game if they're going to make the third try the charm.

Check out this article about Ole' Hardwood...