It's a Wrap For Glazed Donuts 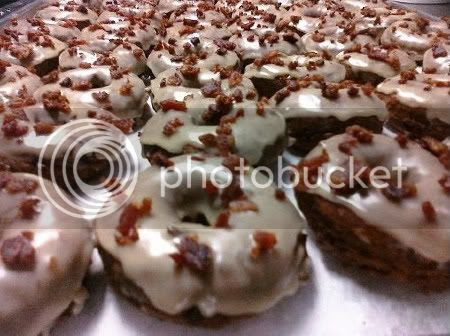 Glazed owners Kristen Anderson and Betsy Yagunic are finally calling it quits, but one wonders if it has to do with the city cracking down on similar operations, which forced them to go underground earlier this year.

But all is not lost.

They sent out an email last night saying that they're operating through the weekend, and that Chocolate Candy Cane and Candied Cranberry donuts will be the final featured flavors before they sign off.

If you're interested in getting some of these locally sourced, vegan treats, they're only accepting a minimum of half orders and customers must pre-order at glazedchicago@gmail.com. Then pick them up this weekend at Bite Cafe or Green Grocer.

After this weekend, according to Anderson, you will still be able to eat her wares "at Henri, where I'll be helping to concoct some delectable French American pastries along with the possibility of my desserts finding their way into a yet to be announced Chicago restaurant opening early next year."