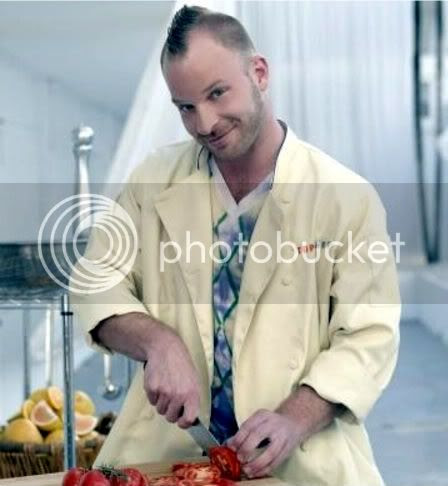 Sprout Executive Chef Dale Levitski made it through the first episode of Bravo's Top Chef All Stars, and man was it a nail-biter!

Here's a recap of what went down Wednesday, but we were particularly interested in Levitski's point of view of the premiere episode:

On What It Was Like To Be Among Some Of Top Chef's Top Competitors Of All Time:

"There’s a giant sense of camaraderie among the contestants, but we’re also very competitive. We all know each other, but (to be here) you must be at the very top of your game. It’s insane. It’s a lot more intense than ever before."

How He Felt When Dish He Was Eliminated For Became First "Elimination Challenge:"

"We all predicted that it was coming. It made too much sense for us. Even before the 'QuickFire,' we knew that (particular) 'Elimination Challenge' was going to come back (at some point in the game). I was absolutely prepared to make it. I think that some of the other people had a much more difficult time making theirs. The downfall of why I did not win season three was mainly because I made a few technical mistakes in that dish. The concept was great, but I was a little irritated that some of the chefs did not like it. It's one of the signature dishes at Sprout (now)." The dish, by the way, is butter-poached lobster with Chanterelle mushrooms, bacon and corn with chive dumplings and curry lobster reduction.

On Sitting With The Judges and Critiquing Colleagues:

"If you can logically critique with the judges, it shows them how intelligent you are."

On Fabio Calling Out Judge Anthony Bourdain For Showboating During Episode:

"The mentality of the contestants is a little different than before. I probably would have acted the same way. It was a mean-spirited critique. You know what, the people here are really good, and just because it makes good television doesn’t make it a good critique. Even Eric Ripert scolded Bourdain, and I think that Bourdain was a little embarrassed about his behavior because he didn’t think we’d be as strong this time."

Levitski adds that each Wednesday he'll feature a dish on Sprout's menu inspired by the previous challenge. He's also teaming up with next-door neighbor SmallBar Fullerton for a viewing party every Wednesday at 9pm.
Served deliciously by 312 Dining Diva at 11:46 AM