The Best Tables in Town on Valentine's Day 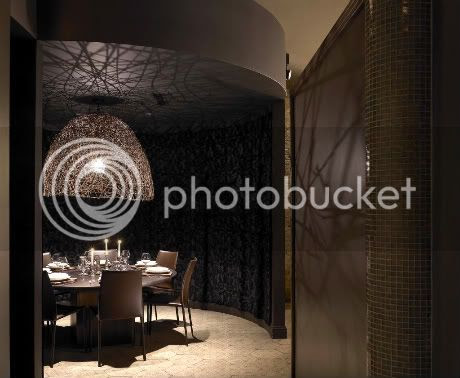 Sepia's semi-private Table 70 is one of the city's most romantic spots in town. (Photo: Urban Daddy)

When it comes to Valentine's Day, you've done diamonds to death. Sent more roses to last your significant other a lifetime.

And, of course, you've hit damn near every romantic spot in the city, so how could you possibly outdo yourself on the most romantic night of the year?!

Urban Daddy has the answer. They've just rounded up the most romantic tables in town, so if you want to wow her (and have an even better night later!), take heed.

They've listed exactly five, including Sepia's Table 70, which is featured in the new Vince Vaughn movie, The Dilemma. And if you make it over there this weekend—with a ticket stub from the film—you'll get a free cocktail.

That's enough incentive for me!
Served deliciously by 312 Dining Diva at 10:35 AM

this is an oxymoron. going out on V-Day is for suckers.