The BYOBandits Are Pretty Damn Funny 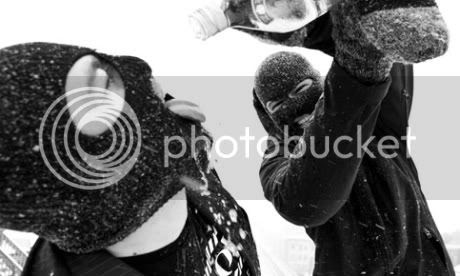 Sam and Owen, the masked bloggers behind BYOBandits, have my vote when it comes to originality on reviewing Chicago's restaurants.

Their take on the city's burgeoning BYOB dining scene is a refreshing escape from some of the stuffy, self-important reviewers you'll find on other sites.

Just a few of their best bits:

On Sabor Saveur: "Jacked up on scotch and Groupons, we ventured to Sabor Saveur to check out a restaurant vaguely endorsed by the Michelin guide."

On Jam: "Two bottles of Andre got the meal started right (is it uncouth to BYOOJ? My B), easing us out of the scotch hangover from the previous day’s debauchery. Sometimes a man needs a little something to even him out, since Xanax wasn’t on the menu, I opted for the Malted Custard French Toast."

On Crisp: "Stuffed to the brim like Val Kilmer at a craft service table (sorry, Iceman), Crisp might be turning into one of those BYOB establishments we never felt the need to talk about because everyone else already is."

Hilarious! I'd love to meet up with these guys for din, but would I have to wear a mask?!
Served deliciously by 312 Dining Diva at 11:31 AM