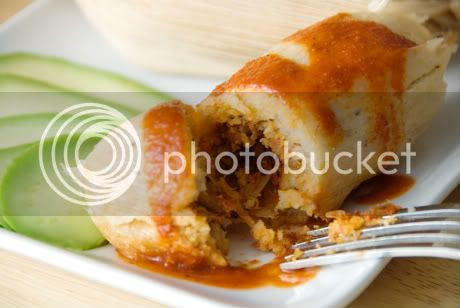 There's a feeding frenzy with foodies following food trucks in town selling everything from meatball sandwiches to cupcakes to mac 'n' cheese.

But some of us are so lazy that we'd rather have the good eats come straight to us. Literally. Like that one late, late night last December when we were sitting around at Bar DeVille.

Suddenly, this little guy named Claudio with a red cooler plopped down right next to me at the bar and said two magical words: "Tamale, Tamale?!" 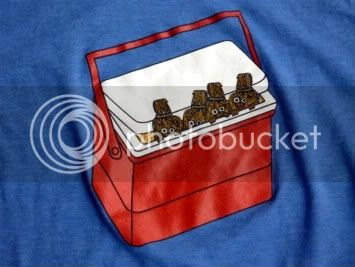 How did he know that what we needed at that moment was some good, stick-to-your-ribs cooking that would go down easy, but wouldn't make us feel worse in the morning?

"Hell, yeah!" I exclaimed. "I want as many tamales as I can stuff in my purse." He definitely obliged.

My question is how is it that I've lived in West Town for almost 10 years—and frequented all the area's late-night haunts—and had never encountered this after-hours angel? I had certainly heard about Red Cooler Tamale Guy, but I had written him off as an urban legend.

Anyway, now that I know the deal, I can get my tamale fix any time I want.

And it gets better. You can now track him on Twitter. They're three for $5 and come in beef, cheese, chicken or pork.

Thanks so much for the shout out! The Tamale Tracker on Twitter was actually the start of our little t-shirt company! Hope you have many more run-ins with Claudio. <3 Kate from Scared Panda