Some Great News From South Beach! 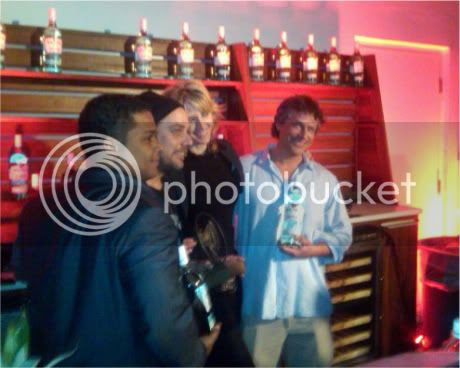 While we're up here fighting this dreadful blizzard, three of Chicago's top bar stars have been in Miami all week for the annual Bacardi Superior Rum Legacy Cocktail Competition.

Brad Bolt (Bar DeVille), Lynn House (Blackbird) and Todd Appel (Piranha Bros.) all repped Chicago and the Midwest, but it was Appel who came out on top.

The mad talented mixologist placed second nationwide, which means that he'll get a trip to Puerto Rico to tour Bacardi's facilities. His cocktail was the Dublin Pirate, made with lime juice, Irish oat horchata and arrack punch—Sweden's funky rum-flavored syrup. (John Lermayer, of The Delano Florida Room, won first place and will compete for the international championship in Barcelona.) 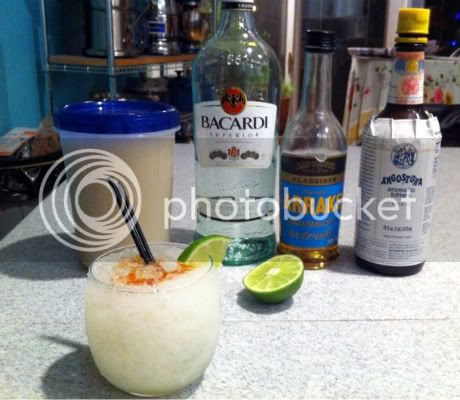 Appel's approach to cocktail creations is minimalist and simplistic, as he explains in his latest blog post:

"By saying minimalism, I do not in any way mean simple or minimal in taste. Playing with the taste profiles, textures and aromas of, say, 3 different ingredients can create a masterfully complex and delicious cocktail. A cocktail that celebrates the base or main spirit. Dances around it and pays homage to it, rather than overwhelm it or cover it up. ...

"Personal minimalism can have roots in just purely enjoying a base spirit neat or on the rocks. Add a lemon peel and you now have 2 ingredients in a simple cocktail. Just adding another dimension to your spirit. Simply adding ice changes your spirit and is a first step toward making a spirit forward simple cocktail."

Congrats, Todd!
Served deliciously by 312 Dining Diva at 7:25 AM