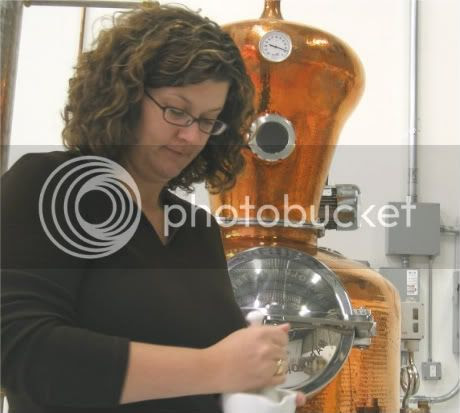 To kick off Women's History Month, 312DD kicked it Monday with the Chicago chapter of Ladies United for the Preservation of Endangered Cocktails—better known as LUPEC—at Bar DeVille.

This sounds so prim and proper, doesn't it?!

I was so effing prepared to munch on miniature cucumber sandwiches and sip Champagne-gin cocktails as we politely discussed current events and the state of cocktails. But I was briskly told that this was not that kind of party.

I was first introduced to the members, some of whom I knew and some of whom I had heard about but had never met. Most were bar-industry vets with long resumes, such as Lynn House, who works at Blackbird and is also the chapter's president; Debbi Peek (The Bristol); Logan Lavachek (Double A, Sepia); Leanne Strickler (Nana); and Sonja Kassebaum (North Shore Distilleries). (Missing in action was Bridget Albert of Southern Wine & Spirits.) 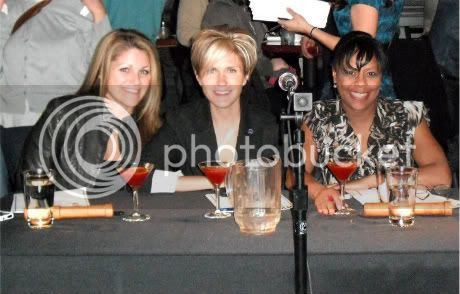 There were no bubbly drinks to be found, but the friendly crew did tell me that if I expected to hang, I needed to drink like a pro. Someone poured several shots of green Chartreuse, a French liqueur made by Carthusian Monks since the 1740s. Ummmm, it's 110 proof, but I wanted to fit in with my cool new friends, so "bottoms up!"

Then North Shore's Sonja Kassebaum jumped behind the bar to whip up several cocktail specials featuring No. 6 (modern dry gin) and No. 11 (classic dry gin). One of the cocktails, The Cobbler, was made especially for the ladies with fresh fruit and enough gin to knock you out. The best part is that after the drinks were finished, everyone chowed down on the gin-soaked fruit.

Between cocktails—and there were many—there was actual talk about the cocktail industry and the modern woman's role in it.

"This is our club and a chance for us to blow off steam away from our male counterparts," said House. "We're all so busy that we don't get to see each other often, so this is our time to really have fun!"

The next event happens in May, and it's open to those who have a keen interest in the cocktail culture. In the meantime, take an opportunity to make this cocktail at home and toast the ladies who serve you:

THE 1820 (From Misty Kalkofen, Drink, Boston; Founder of LUPEC Boston)

Shake with ice and strain into a chilled cocktail glass.

I know this is pretty late but I'd love to attend the next Chicago meeting but I can't find any information. It looks like the LUPEC website hasn't been updated since 2006. Any ideas where I can find more info about the chicago chapter and when/where the next meeting is?
Thanks!
Jen