Another Reason To Lust Over Lillie's Q 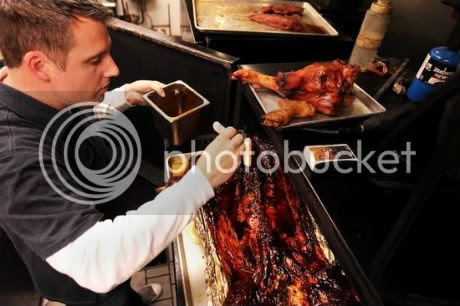 This weekend marks the seventh year in a row that Charlie McKenna, owner/chef of Bucktown gem Lillie's Q, has competed in the May World Championship Barbeque Cooking Contest in Memphis.

He placed first in 2007 in the "whole pork shoulder" category, and he's looking to do it again with his signature smoked swine at the restaurant he opened in 2010. The Southern-style spot was also just named Food & Wine's No. 1 of the Best New Barbecue Restaurants in the country.

Track Lillie's Q progress as the staff preps for the competition by following them on Twitter or watching them on youtube.com, where they'll update with photos and videos.

Good luck down there!
Served deliciously by 312 Dining Diva at 2:45 PM