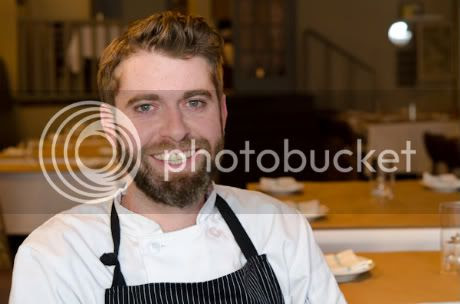 The details are sketchy right now, but I just got confirmation that Kith & Kin is closed. This comes as a shock, considering the fact that Executive Chef Andrew Brochu snagged an award for Best Neighborhood Restaurant at the Jean Banchet ceremony in January.

I spoke to an employee this afternoon, and he said that he found out at 2pm Tuesday, but not from the owners. He was called by another employee. He added that there was a private event on Monday, so the last day of business was Sunday.

UPDATE: Kith & Kin just posted this message to its Facebook page: "We have to start by saying Thank You. We have had the most incredible fans during our run with Kith and Kin and closing the doors was not an easy thing to do. As of May 24th, 2011 we have officially closed Kith and Kin. We appreciate all of your loyal patronage and it truly was an amazing experience to serve you."

ANOTHER UPDATE: An Ultimate Insider tells 312DD that the owners never bought the corporation from the previous ownership, so there are back taxes owed that prevents them from getting a renewal on the existing liquor license.

"The bank account is drained and there's no point in keeping it open," said Brochu this afternoon. "They just don't have the money to do it anymore. They're still doing the Andersonville location, and I've been working on that with him for about a year. Now that project might be up in the air also. June 1 was supposed to be my last day at Kith & Kin and I was going to go start working on the (Andersonville property)."

Were these first time restaurant owners? Seems like a bad mistake to make if you've been in the business for a while - or an easy one to make if you haven't.

Can't believe Andrew hung around under the thumbs of the clueless management. Pushing him to do pork free menu in a southern themed restaurant? Insanity.

I need to contact owners/management/chef of K&K because I had a May 18 event there and left something important -- anyone have names and/or contact info? Help very much appreciated.

Just saw they are changing KnK to the Zig Zag Kitchen menu - ugh!

Now, the Talebs have started a facebook page for Kith & Kin Zig Zag "Resturant" Group -- yeah, that's right, they not only can't RUN a restaurant, they can't SPELL "resturant" either!! :)