Even More Props For The Bristol! 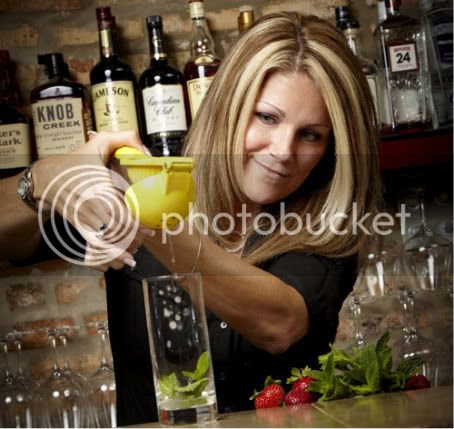 Debbi Peek is the head mixologist at The Bristol. (Photo: The Bristol)

So The Bristol's been on fire lately.

Last week we found out that Executive Pastry Chef Amanda Rockman is set to compete on the second season of Top Chef Desserts.

And over the weekend down at the annual Tales of the Cocktail in New Orleans, head mixologist Debbi Peek racked up a new honor of her own.

She's now the national champ for the prestigious World Cocktail Competition, which means she'll represent the United States at the finals in Poland later this year. She's a third-time winner—the first in U.S. history!

Peek whipped 17 bartenders from the likes of Las Vegas, Denver, Hawaii, Miami, Southern California and Texas with her No Passport Required cocktail. It's made with cherrywood smoked Barcardi Anejo, caramelized perfect pineapple puree, ginger puree, brown sugar syrup and coconut milk. The glass was dipped in honey and rimmed in toasted coconut. An additional secret weapon was using Blackbird's head mixologist Lynn House as her barback.

Congrats to Debbi!
Served deliciously by 312 Dining Diva at 9:36 AM