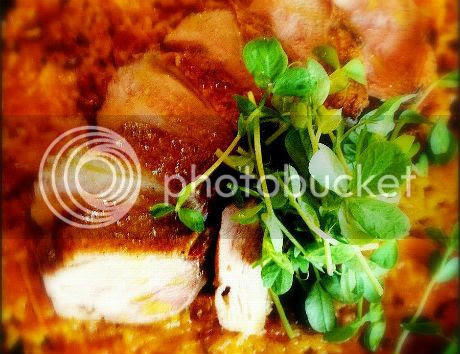 Even though we're still feeling the heat of summer, most restaurants are in the process of releasing their fall menus for cuisine and cocktails.

One such menu we're looking forward to is from the Spanish-wine-and-food-focused Vera, whose paella filled with chunks of crispy duck and spicy chorizo caught my eye.

But what to drink with such a decadent dish?! I asked owner/wine director Elizabeth Mendez for recommendations:

"First pairing from me would, of course, be sherry. A few Olorosos are pairing quite well with the duck and chorizo. After sherry, we've got some cool red pairings: one, a Pinot Noir that is from a region in Spain near Valencia, and a Reserva Tempranillo from Rioja."

Her partner in crime, Executive Chef Mark Mendez, adds: "I would have a PBR, but my wife isn't gonna have it. So, I would go with a Sicilian wine, centonze."

Bottoms up!
Served deliciously by 312 Dining Diva at 7:00 AM