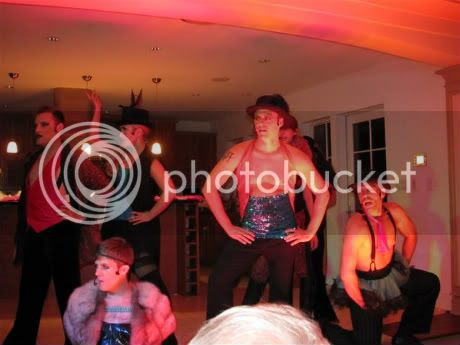 The Soiree Series heads to the South Side!

Put on by the invigorating Chicago Cabaret Project, the interactive cocktail party/live performance event this time around pays tribute to the great Judy Garland. Friends of Dorothy takes place in an architectural landmark home in the Kenwood neighborhood, which we hear is a shockingly short stroll to the President's house.

But part of The Soiree Series's intrigue is that you don't find out exactly where the party's taking place until the day of, which is Sept. 14 at 8pm. Guests will indulge in cocktails, champagne and appetizers for the first hour, then the show starts at 9pm sharp. During the show, of course, champagne and cocktails continue to flow, making this event worth every dollar spent.

I have no clue where the party's going down, but I've been to quite a few of these, ranging from a Lincoln Park mansion with indoor/outdoor pools to a 1894 Prairie District home with a massive ballroom. It's $75 per person; $125 per couple. Get the tickets here.

Blackbird's interior (Photo: One Off Hospitality)

You can finally spend your Sunday nights at Blackbird. The West Loop restaurant opened more than 16 years ago, but has always been closed on the most laid-back day of the week. Hopefully the trendy spot will be less hectic, so you can chill out this fall and indulge in the new fall menu. Chef de Cuisine David Posey has added some sure winners: smoked Arctic char with cucumber, gooseberries, urfa pepper cream and lemon; corned beef tongue with charred sweet corn, brioche, black rice vinegar and yeasted mustard; and turbot with lobster, mushrooms and summer apple. Look forward also to the new cocktail menu engineered by Kyle Davidson. He's doing a number of seasonal sippers such as Pimm's Coup with Pimm's, gin, Cynar and Peychaud's.

Speaking of boozy delights, the Music Box's latest offering, Malty Matinees, debuts Sept. 16 and continues through November. The series of booze-focused films showcase the best in craft beer, cocktails and wine. Of course tastings are included!