It's a wrap for Johnny Depp 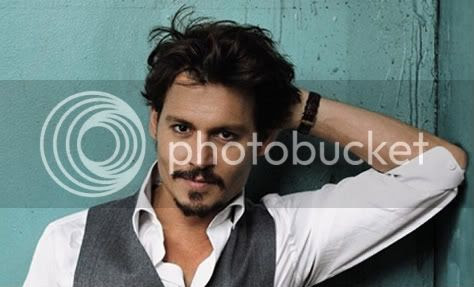 For those of you who've been hot on the Johnny Depp trail as he's been filming the John Dillinger biopic, "Public Enemies," around town and throughout the Midwest, tonight may be your last time for a sighting.

An Ultimate Insider tells me that they've finished filming the movie, and tonight's the wrap party at West Loop hot spot Bon V. Whether or not Depp will be in the house has not been confirmed, but planners have invited 900 guests to fill up the 300-capacity club. The party was originally scheduled to take place at Alhambra Palace down the street, but for some reason that's not happening.

Depp has caused quite a stir on the scene since he's been in town. He celebrated his birthday at Shanghai Terrace earlier this month, and he's also been spotted at La Scarola, The Drawing Room and Gibsons Steakhouse.
Served deliciously by 312 Dining Diva at 5:02 AM

They were filming at A New Leaf (flower studio/event space) earlier this week. Don't know if Mr. Depp was in any of the scenes; the girls didn't see as much as they hoped to.

Are you going Johnny-spotting later? ;) I've been trying to catch a glimpse of him around my neighborhood but alas, all I've encountered are additional parking problems.

On the other actors that may be present, did your source mention that they may attend or were you mainly listing out other prominent actors in the cast that could possibly attend the wrap party?

Yes, I was just listing the other prominent actors who were also in the movie. Who knows . . .they may attend and they may not, but wrap parties typically get the entire cast and crew. I HOPE they all show up!