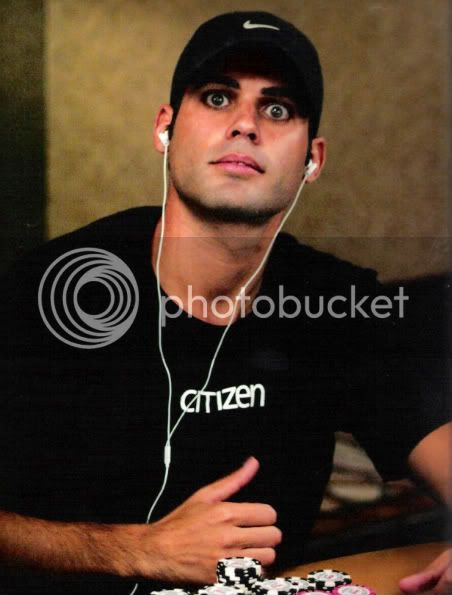 
What we love best about Patti Stanger, the producer and irascible star of Bravo's "Millionaire Matchmaker," is that she'll put you in your place no matter who you think you are.

One of the people who found out just how bad ass Stanger is was Chicago's own Jimmy "Jimmy D" D’Ambrosio, who appeared on an episode last season.

The cocky, 31-year-old high roller made his fortune as owner of Citizen Bar, Suite Lounge and Wet Nightclub as well as a high-profile career as a professional poker player, so he's used to getting his way. But that wasn't the case when he went head to head with the outspoken Stanger when he seriously messed up on a date.

For some reason, he's returning to take the heat for a second time. Who knows, maybe this guy's a masochist because he certainly got his b*lls ripped out last season. Catch him as the episode runs at 9pm March 2 on Bravo.

He's also hosting a viewing party the night the episode airs at Citizen, so you'll be able to rub elbows with this swingin' single. Or did he get lucky this time around?!

The party starts at 8pm; themed cocktails include The Millionaire Martini, Patti Pop and Matchmaker Koolaid. No cover.

The blogs are reporting that Jason “Gummy Bear” Davis isn't a millionaire, he was cut off by the family and is being evicted from his $3600/mo apt; Brett Jacobson of the HER energy drink isn't rich, is also being evicted from his apt and has a history of stealing from charities and investors; and many girls are cast from Craigslist. Oh well, it's still entertaining.

that's hilarious...i know first hand that some girls on The Bachelor are cast via Facebook. ahh, technology these days...haha

'Bug eyes' a professional poker player? Total winnings $100k in 4yrs...
He 'allegedly' owes friends $$$ and has lots of debt.
Who describes themselves as a 'Majorly wealthy Minor Celebrity'?
I think he's gross and just wants to be on tv! And most of these tacky, forever 21 ill-dressed girls are recruited from Craigslist!