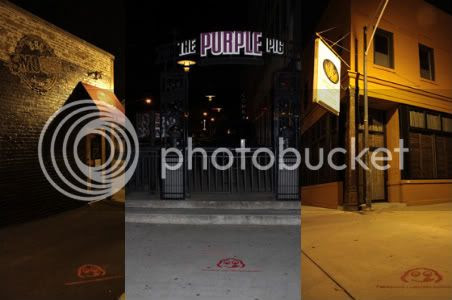 
The Chicago Michelin Guide revealed its first-ever Bib Gourmand list (an appetizer and entree, plus a glass of wine, will cost $40 or less) of 46 local eateries, and the critics are already weighing in.

Most notably, GrubStreet editor Nick Kindelsperger had issue with its picks for barbecue and pizza:

"Oddly, both Smoque BBQ and Twin Anchors made the list. Michelin couldn’t have picked two more different places. Smoque is the authentic newcomer on the scene, which helped reinvigorate barbecue in Chicago. Twin Anchors, on the other hand, bakes their ribs and often shows up on lists of the most overrated barbecue in town. ... Plus, even though we may have been crowned the best pizza city in the country, there is no love for deep dish. Only Spacca Napoli, a traditional Neapolitan pizza place, makes it. Great Lake, the place most critics in town consider to be the best, is nowhere to be found."

"The Michelin team has absolutely no idea what they’re talking about. ...Critics can and should disagree, of course. But this reeks of something else. Several of the restaurants on this list are such ridiculous choices that they can only be explained by a need to pander. It’s as if the Michelin folks, scared of being received as the outsiders they are, trolled the archives of message boards to find spots they hoped would give them a little credibility. Twin Anchors. Ann Sather. Smak-Tak. Thai Village. Perfectly fine spots for a sugarbomb of a cinnamon roll or an everyday pad Thai. But let’s be serious."

"Of course, whether we like the selections or not, that's just what Michelin wants. Its objective is to sell guidebooks, and if Chicago isn't completely besotted by its pat on the back by the French, then neither will be the hordes of wide-eyed tourists they hope will buy the thing.

"Like anyone else with more than a passing interest in restaurants, I'm curious about next week's release of the full guide. It will mean a great deal to some deserving restaurants and the local restaurant economy in general—at least for a little while. But just remember this guide wasn't compiled for you, Chicago, and as such you should resist the temptation to place too much importance on its pronouncements."

"As an arbiter of taste, there is no guide more out of touch than the Michelin Guide, printed for New York since 2005. But, because there is no more entertaining a blowhard than the guide's face, Jean-Luc Naret, The Feast sat down with the head of the Red Guide to discuss this year's selections. ...'"

And equally opinionated on the matter is Michael Nagrant, the dining critic for CS and NewCity, who took to his Twitter this morning with a few gems about Chicago print media vs. the Michelin Guide.

Cannot wait to see how they react on Nov. 17 when the Chicago guide is officially released.
Served deliciously by 312 Dining Diva at 10:06 AM

Maybe the Michelin Guide peeps couldn't actually get a pizza from Great Lakes?? It's not an easy pie to acquire.

I don't get it...Are these critics more pissed off b/c certain restaurants didn't get stars or because certain restaurants shouldn't have been on the Bib Gourmand list? Why are they treating this award like a bad thing...Most of these places were built as more casual spots anyway. The Michelin guide is obviously relevant whether or not they have their finger on the pulse of trendy culture. Look at how much one little list stirred up so much controversey. If that's not relevance I don't know what is.

I think they're pissed because there are some restaurants that were left off the list as well as this list is supposed to be "undiscovered" spots yet they have all covered them at length.

You know how it is when you've been doing something all along, and doing it well, and then someone new comes in and gets accolades for what you've been saying all along. . .It's like your opinion doesn't matter until "outsiders" say it is cool.

Bib Gourmand is meant to be a list of good values, not undiscovered spots. As such, it's accurate.

@Andrew: Not according to Michelin's Naret: "A Bib Gourmand, it’s a 'Yes, go there, it’s a little secret place.' We call them 'Inspectors’ Favorites' in our guide. Obviously you could go to these big names, but you could go to this little place that sometimes locals know about.

I'm always curious who the secret Michelin inspectors are. Do you think they're locals? Although I haven't eaten at Ann Sathers since my return to Chicago, I've had many meals over the years and they've always been less than mediocre. (Although the warm cinnamon bus are always a guilty pleasure.) The inclusion of a place like Ann Sathers does make it seem to me that they flew a cadre of people in for a few weeks, told them where to go, and they picked the best of the bunch. I don't know. Just a theory.