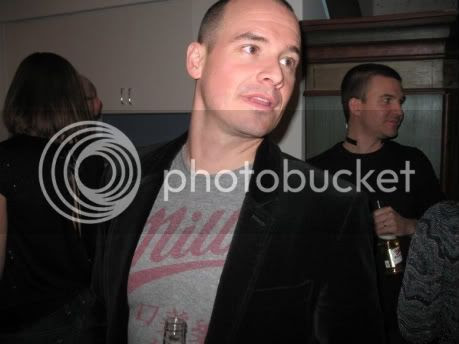 OK, so Tyler Florence (March 3) isn’t a Chicago-based chef, but this dashing culinary star from the Food Network will be here on March 22 to participate in the annual Common Threads World Festival, and that’s close enough for us.

John Ross (March 5) is co-owner of The Bristol, Bucktown’s bustling neighborhood spot that serves not only amazing beers, but also a menu that changes so often they keep it written on a chalkboard.

And Joe Shanahan (March 5) has been keeping Chicago rocking hard for more than 25 years with his creation of Metro, a home for legendary music acts as well as those sweet up-and-coming bands no one has heard of . . . yet. The former deejay—who occasionally still gets behind the turntables—is also the brains behind the venerable Smart Bar, known for bringing in world-class spin stars.—Served deliciously by Suzy M.
Served deliciously by 312 Dining Diva at 9:28 AM