Where would 'Housewives' hang in Chicago?! 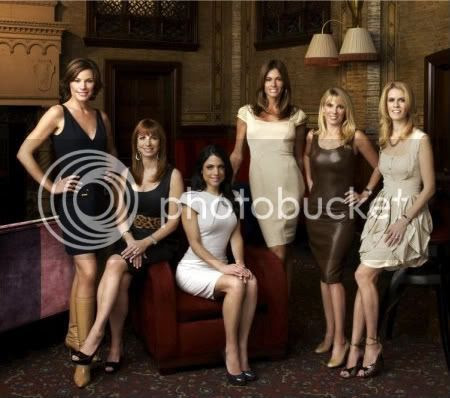 Can an upcoming Chicago version of Bravo TV's blockbuster measure up to the glamorous "Real Housewives of New York?!" (Photo: Bravo TV)


Everyone's getting excited about the possibility of a Real Housewives of Chicago happening here, and one socialite claims she's already been contacted by the independent production company looking to produce their own version of the hit reality television series.

If it does actually go down, 312DD's more excited about where they're going to do all the usual drinking and dining they seem to indulge in on the shows.

Since they'd likely go with more established, jetsetting types for the show, we'd figure ground zero would be somewhere in the downtown area. River North, Streeterville, West Loop and definitely Gold Coast, but don't be surprised if they'd throw in a few places in Bucktown and Lakeview for the "hip factor."

Since this show's about powerful women doing powerful things, they'd have to make a stop at NAHA, the sophisticated contemporary American spot owned by award-winning chef Carrie Nahabedian.

Pops for Champagne, with its extensive list of bubbly and sparkling wines, is certain to be another draw for this cast of cultured characters.

When these ladies go on the prowl, expect them to hang out at the usual Gold Coast suspects (Tavern on Rush, Gibsons, Whiskey Bar), but also the latest hot spots as well.

We see them settling into one of the plushy booths at Roof, the city's newest rooftop bar on the 27th floor of theWit hotel. Or even Market, the upscale West Loop sports bar co-owned by White Sox GM Kenny Williams.

And just to make it look as though they're in touch with what's really hot in the city, they'll have to do at least one episode in the Bucktown/Wicker Park area. We'd put big bucks on them hitting The Violet Hour and The Bristol.

What other spots do you think they'll end up in around town?!
Served deliciously by 312 Dining Diva at 8:17 AM