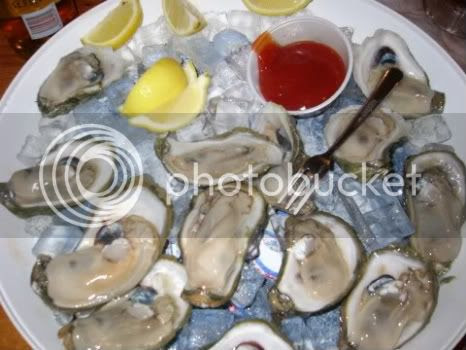 Who says grown-ass men and women like us are too old for a good ol' keg party?!

Landmark Grill + Lounge's bucking the trend by throwing a Keg Party and Oyster Fest, but don't go expecting it to be fratastic.

On tap you'll find brews by Goose Island (312, Honkers Ale, Matilda, Harvest Ale), so drink as much as you can handle for $20 ($15 if you can prove you're industry). As part of the deal, guests will also be treated to Executive Chef Kurt Guzowski’s oysters done three ways: baked, fried and raw. Deejay JRose spins. 8pm-2am Thursday.

If you're bored with the usual wine-pairing dinners, then this one's for you. Otom teams up with the North Shore Distillery's mixology team for a three-course dinner paired with cocktails. Diners will also get to meet the new chef, Thomas Elliot Bowman, who'll lead an informal discussion. 7-9pm. $50.

The 16th annual Single Malt & Scotch Whisky Extravaganza happens tonight, but it's gonna cost you plenty. $130 ($115 for members) gets you loaded up on the finest booze in the world. You can still register in advance here. 6:30-9pm at The Union League Club of Chicago (65 W. Jackson Blvd.). 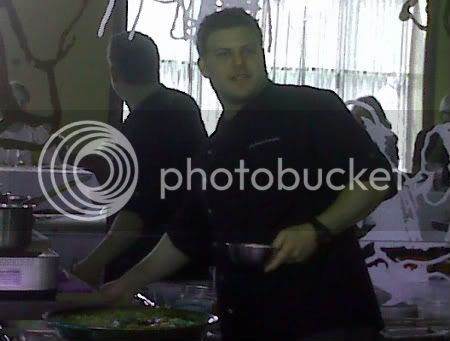 You'll know exactly how fresh your paella is over at Mercat a la Planxa, which just introduced a "tableside" experience. After your server sells you on the idea, Chef de Cuisine Michael Fiorello brings over all the ingredients on a pig cart and starts cooking. During his demo, he'll explain all the steps it takes to make the perfect paella, which takes about 25 to 30 minutes. Of course he cannot do everything at the table, so it'll finish baking in the kitchen. It's topped off with grilled marinated chicken breast, saffron aioli and a parsley tomato salad. $40 for paella served tableside on Fridays only.

To observe National Breast Cancer Awareness Month, the Peninsula's doing its part by donating $2 for every afternoon tea served in the lobby to the charity. That's served daily 3-5pm Monday-Saturday and 4-6pm Sunday. Friday afternoon tea guests will also be treated to informal fashion shows featuring designs from local boutiques and retailers. And $5 from each meal at Avenues and Shanghai Terrace will also be donated to breast cancer research charities.

The guys over at Blue 13 are so excited that they're going to be featured on the season premiere of Check Please! tonight that they're throwing a viewing party. Have dinner at the offbeat contemporary American eatery and indulge in one of their favorite wines, Four Vines Anarchy, on special at $10 a glass. 7-9pm.

Speaking of premiere parties, Enclave's hosting such a ridiculous bash for Nip/Tuck that it's worth a mention. It's sponsored by Liposuction Cosmetic Institute and Longevity Medical Spa, and one "lucky" winner will get $4,500 in treatments. Woot?! 9pm-2am.

Rooting for someone special at the Chicago Marathon?! If you're at the finish line, head on over to The Gage when it's over. If it's chilly outside, the buckwheat waffles, traditional Irish breakfast and house-made corned beef hash are certain to warm you up. Brunch's served 10am-2:30pm.

And you'll be rewarded sweetly at The Drawing Room if you help them raise money for Macy's Come Together campaign for Feeding America. Tonight through Oct. 17, donate $10 to the cause and get a complimentary dessert flight (value $12). Your $10 will be matched by Macy's and will provide 140 meals to those in need in the Chicagoland area.
Served deliciously by 312 Dining Diva at 7:44 AM