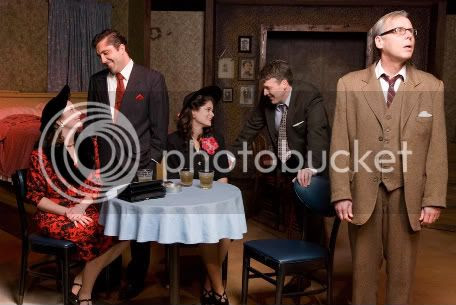 
Bear Down! at Fizz. Still salty about the latest Bears' loss?! Lick your wounds at this comedy featuring "Ghosts of Bears Quarterbacks Past," who'll give their thoughts on the disaster that is season 09-10. 8pm Wednesdays through Dec. 16. Get tickets here.

Frasca Pizza and Wine Bar: Wood-roasted pizzas and pastas made in a brick oven, with several seasonal delights. But we're still all about the signature Rustica pizza, topped with diced prosciutto, oven-dried tomatoes, basil pesto and smoked provolone.

Waterhouse: You're certain to be in a rowdy mood after the show, so head here for half-price wine (by bottle and glass), $4 beer selections and team trivia.

Wishbone: Pan-fried chicken and Southern-style vegetarian dishes are on tap every Wednesday, plus $3 pints of selected beers. 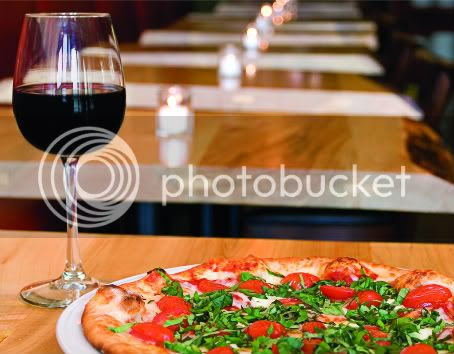 
Death of a Salesman at Raven Theater. A highly regarded adaptation of Arthur Miller's depiction of traveling salesman Willy Loman, who's in desperate pursuit of the American Dream for his family. 8pm Dec. 5-6; 8pm Fridays, Saturdays and 3pm Sundays Dec. 11-Jan. 16. Get tickets here.

Big Jones: Load up on delicious, down-home delights with the Southern Table Dinner, which changes daily for $29. Plus, there's no other place in the area where you can chow down on fried-green tomatoes, fried frog legs and a fried chicken salad.

M. Henry: With so many yummy brunch options in Andersonville, it can be hard to choose from, but we'll go ahead and put this one in the number one slot. M. Henry gets it right when it comes to hotcakes, french toast and other breakfast favorites. What sounds good to us right now are the Mango & Sour Cherry Bliss Cakes, Cinnamon Raisin French Toast and Blackberry Bliss Cakes. Served till 3pm.

Uncommon Ground: The Honky Tonk Happy Hour's every Friday 6-8pm, and features live beats (this week it's The Dog Patch Ramblers), plus specials on Goose Island and shots of Templeton Rye whiskey.


Star Wars: In Concert at United Center. "Star Wars" fanatics should have the time of their lives at this event that includes a full orchestra and choir performing music from all six John Williams' scores, footage of films, plus an exclusive exhibit of "Star Wars" costumes, props, behind-the-scenes videos and more. 1pm, 6pm Sunday. Get tickets here.

Beer Bistro: They're doing 25 cent wings every Sunday, but if you hit them up before you head over to the early show order from the brunch menu. We're totally intrigued by the Biscuit Club—stuffed with eggs, bacon and avocado. There's also a breakfast pizza topped with sausage, bacon, cheese and three eggs sunny side up.

WestEnd Bar & Grill: Instead of getting caught up in crazy traffic at United Center parking lots, park here and take their trolley over to the show (they'll take you back to the bar too!). Tasty pre-show bites include Reuben rolls, Buffalo chicken rolls, and mini sandwiches of fish, burgers and pulled pork (three for $7; six for $11).
Served deliciously by 312 Dining Diva at 4:02 PM