The Bristol Gets the Props It Deserves . . . 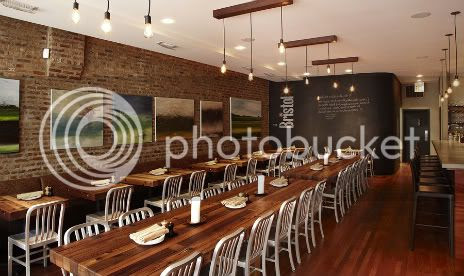 The Bristol was the only Chicago restaurant named to GQ's "Best New Restaurants in America" list. (Photo: Neil Burger)


After getting dissed and placed on Esquire's honorable mention best restaurants of 2009 list, The Bristol finally gets the recognition it deserves.

It was the only Chicago restaurant named to GQ's 10 Best New Restaurants in America list:

"Bristol is laid-back and luscious, a neighborhood restaurant with food the neighbors weren't sure they were going to like until they got the courage to stop in. If it all sounds too weird, have the chicken. It's a plain boneless bird with mustardy spaetzle, about as sensational as simple gets."

Look for them in the January issue.