Warm Up to Wrigleyville's Newest Attraction . . . 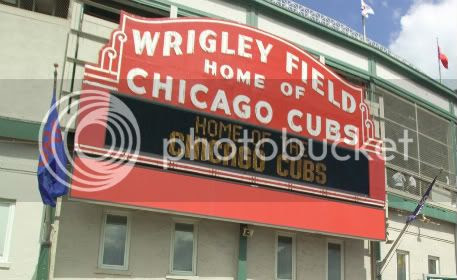 Not everyone wants to traipse down to Millennium Park for ice skating, so get ready for The Rink at Wrigley, adjacent from Wrigley Field at Clark and Waveland streets.

While you're over there in Wrigleyville, get some grub, get some drinks:

Nuts on Clark: What's winter without roasted nuts and toasted caramel corn?! You'll find it here at this 30-plus-year, mom-and-pop shop minus the crazy-ass lines down at the Garrett's Popcorn stores.

Socca: You'll find a number of share-able "pizzettes" on the menu, including our faves topped with shrimp, bacon or tomato basil. Owner/chef Roger Herring is also mighty proud of his signature burger, which comes topped with pancetta, caramelized onions and gorgonzola.

Uncommon Ground: The Wrigleyville landmark is best known for its java, but we also love it for the booze! If you really need a jolt, we recommend Neal Cassady’s Coffee, made with Madagascar vanilla bean house-infused Jim Beam whiskey, Black Cat double espresso and steamed maple cream.

Yak-Zies Bar & Grill: And there's no other place to get wings in this 'hood than Yak-Zies, which make them so tasty and hot we suggest you eat them before you take on the rink.
Served deliciously by 312 Dining Diva at 3:00 PM