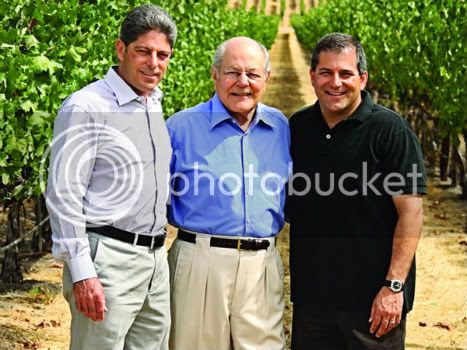 
It sucks Chicago didn't rep on Top Chef: Las Vegas this season, but some local guys appearing on the two-part series finale (airing 9pm CST Dec. 2 and 9th) should make up for it.

NBCChicago.com reports that Terlato Wines International owners Bill and Anthony Terlato will appear on both episodes. The owners will host a wine-tasting party for the finalists and serve as guest judge respectively.

But it doesn't end there. The Lake Bluff-based company has had a relationship with Top Chef for at least a few years, and even produced two new Napa Valley wines as a tribute to the show: Quickfire Napa Valley Chardonnay and Quickfire Napa Valley Cabernet Sauvignon, named for the show’s exciting Quickfire Challenge where contestants compete in fast-paced culinary trials.
Served deliciously by 312 Dining Diva at 6:00 AM