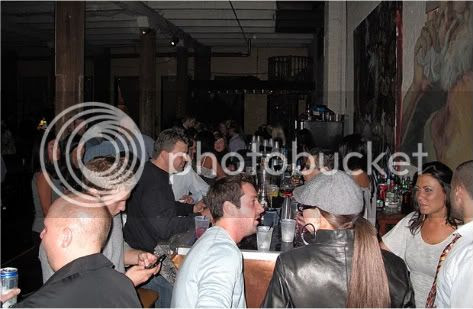 A recent Mr. Topstep party at the "Monster Loft."


Gawker ran a story Tuesday about a New York restaurant industry vet whose Manhattan apartment is the hottest spot in town.

His parties attract the likes of high-profile types ranging from rock stars like Mick Jagger to socialites and media insiders from the New York Post, NBC and New York Times.

Naturally something so cool made me wonder if we had something like that going on in Chicago, so I put the word out on Twitter.

Immediately, a guy who goes by the Twitter handle [@redacted] reached out to tell me about his all-night fêtes, which apparently happen often.

"(I'm only gonna give) you the tip of the iceberg," he says, yet he gave me enough information to make me want to attend the next one.

According to the promoter, his last party cost $10,000, attracted at least 500 people, and featured a bottomless open bar and trampoline in the middle of the room.

If you don't believe me, peep the video here of the massive space before the party and the pictures here of one of their previous events.

Just one question: Where is my invite?!
Served deliciously by 312 Dining Diva at 3:45 PM

Yeah, I need an invite to this party! So much fun!

You and me both, girl!