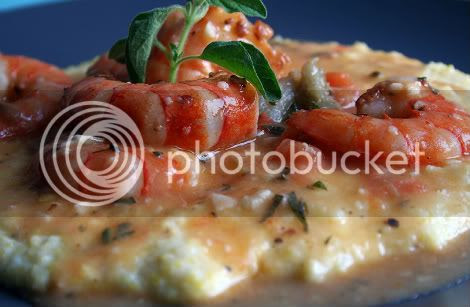 Just in time for Lenten season, three local chefs plan to face off in an epic Shrimp and Grits throwdown to find out who makes this Southern dish best.

A challenge came about on Twitter in January, and Supreme Lobster's Carl Galvan helped get Paul Fehribach (Big Jones), David Carrier (Kith and Kin) and Cary Taylor (The Southern) on board.

"All these guys do really good shrimp and grits, but in their own way," says Galvan. "And you know that when these chefs get together it's going to be all about bourbon, beer and people getting hammered."

Galvan says the event is in the beginning stages right now, but hopes it will take place some time in March or early April. It will also be open to the public.

Taylor, from The Southern, says he has a great chance of winning the challenge because he's using all sustainable and organic ingredients.

"I use really good grits from Three Sisters Farms in Kankakee, plus you've got a Southern boy cooking it," he says. "I've been cooking like this all my life."

But he's got some stiff competition coming as Kith and Kin's Carrier promises to bring it.

"I definitely belong in the fight," Carrier says about his signature dish that includes grits from Anson Mills and a housemade shrimp broth. "I'm going to make what we're already serving at the restaurant and we're not going to add any additional ingredients."

Just tell me where I need to be with a plate, knife and fork!
Served deliciously by 312 Dining Diva at 1:28 PM

Haven't tried them (the grits) yet, but CJ's Eatery in Humboldt is supposed to make a mean shrimp and grits. If it's like their other stuff it's good.

Oh, YUM. I've had CJ Eatery's catfish, and WHOA. You're right, if that's any indication she'd probably blow them right outta the water!