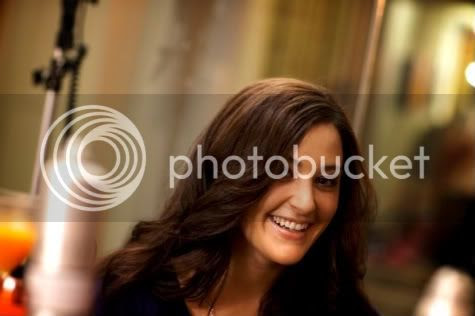 
March is Women’s History Month, so it's a fine time to give props to some very well-deserving people on the local restaurant front.

Everyone knows Stephanie Izard, the talented, award-winning chef behind Girl & The Goat, set to open early this spring with a heavily meat-focused concept paired with booze and brews.

But she's not the only "bad girl" making waves in the cuisine scene.

C-House's Executive Pastry Chef Toni Roberts also belongs in the Bad Girls Club for her unique spin on sweets. She has a knack for updating classic desserts, especially those from our childhood.

I could just dedicate a week exploring her menu, from the seasonal Sweet Potato Donuts (filled with sweet cream ice cream, salted candied pecans and cajeta) to the Candy Bar, where you can choose from a number of decadent desserts. Highly recommended are the Pistachio Brittle, Salted Fudge Brownies, Rum Raisin Clusters and Sour Candied Citrus. Get a selection of five ($9), nine ($16) or 12 ($20). 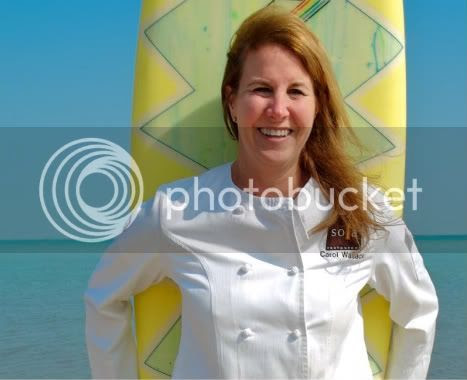 Avec's Chef de Cuisine Koren Grieveson grew up in Angola, served in the U.S. Army and rides a Harley. Her fearless approach shows in her menu with dishes like the whole-roasted fish paired with house-cured bacon, wood-oven roasted smelts in a spinach-horseradish vinaigrette, and a roasted lima bean puree crostini with fried orange slices.

Karyn Calabrese's been on the scene for a very long time, most notably for spreading the good word about the wonders of raw and vegetarian lifestyles. Her latest project, Karyn's on Green, dips way on the side of hardcore carnivores—and we absolutely love it. Don't miss the BBQ Bacon Meatloaf with horseradish roasted fingerlings and Crispy Chicken Legs dressed in a Kentucky bourbon sauce and sweet potato hash. Oh, and make sure you don't leave without getting an ice-cream cookie in peanut butter, oatmeal or coconut. Yum.

Wife-and-husband team Allison and Rob Leavitt are behind Wicker Park's offal paradise Mado. Their offbeat Sunday family dinners have drawn their own cult crowd, with the next one happening March 28. In the meantime, you can get your fix at tonight's Food Frenzy hosted by Little City Foundation. They'll be one of several local restaurants featured at the event. 6:30-9:30pm at Loft on Lake (1366 W. Lake St.). $75.

Burger queen—and avid surfer—Carol Wallack cranks out her signature bite on Thursdays at Sola as part of Burgers, Beer & Bacon night. Her Wagyu "Kobe" Burger comes with house-made bacon, caramelized onions and melted Cambazola cheese on a chewy pretzel roll. Pair it with a local craft beer, which changes each month. 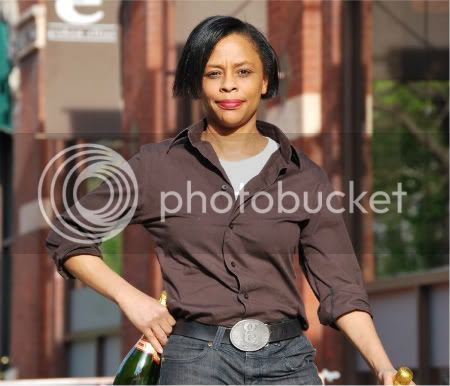 You know you're a bad ass when you can impress shock pop icon Lady Gaga. But that's our Debra Sharpe, who's made a successful career of catering to rock stars as well as neighborhood folks with Bucktown's Goddess and Grocer (also in the Gold Coast and Lincoln Park). Top of the list are the Panko-Crusted Chicken, Wild Mushroom Risotto Cakes and Mustard-Crusted Beef Tenderloin.

If you want a classic cocktail like the Moscow Mule, Sazerac or Manhattan, make your way to In Fine Spirits Lounge and let rising star mixologist Anne Carlson-Tye make it for you. She's also studying to become a Master Sommelier, so she can also help you pick the perfect vino.

The awesome, award-winning mixologist Lynn House of graham elliot brings the drama from her theater background into her hand-crafted cocktails. She's won several awards, including one for her signature London Calling cocktail that's her spin on the classic Pimm's Cup with Plymouth Gin.

This month, watch Amanda Downing get her shine on at Rockit Bar & Grill Wrigleyville during the Tasteit events every Monday. They're featuring all women winemakers in March, and this talented chef de cuisine has teamed up with Executive Chef James Gottwald for pair-able, share-able dishes. Highlights of the menu include Almond-Crusted Tilapia, Caramelized Onion and Goat Cheese Pizza, Lobster Burger and Sweet Potato Fries. All wines by the glass and bottle are half off.

And since it's still too cold to venture out in search of various street food carts, Kristine Subido's bringing it to you every Wednesday at Wave. Each month her menu travels to a different country showcasing fabulous fare; order three bites and specialty cocktail or beer for $10. India is featured in March, and look for delights from China in April.
Served deliciously by 312 Dining Diva at 6:00 AM