Gilt Bar Owner On To Next BIG Project 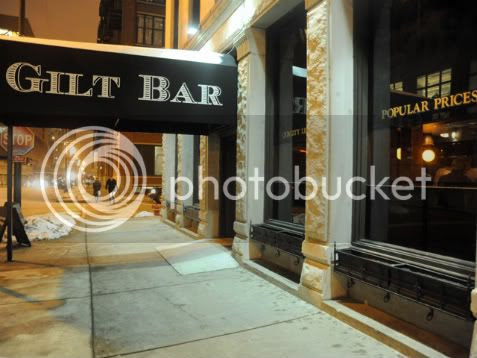 
An Ultimate Insider tells 312DD exclusively that Brendan Sodikoff is on to his next project and making moves in the Randolph Restaurant Row area.

The Gilt Bar owner/executive chef is rumored to be breaking ground Sunday right across the street from Girl & the Goat.

Word is Maude's Liquor Bar, a French American-themed venue at 840 W. Randolph St. (in the short-live Vice space), is what is planned to open some time in October.

UPDATE: We got even more info on the upcoming spot:

Upstairs will feature a diverse cocktail lounge and offer additional seating in a more communal setting."

Executive chef is Jeff Pikus, who is currently in Gilt Bar's kitchen. He previously had a three-year stint at Alinea.
Served deliciously by 312 Dining Diva at 5:16 PM

I would like to know how he goes head to head with Stephanie. That will be quite the battle with the two of them in one block. I wonder what his shtick will be for the new place...