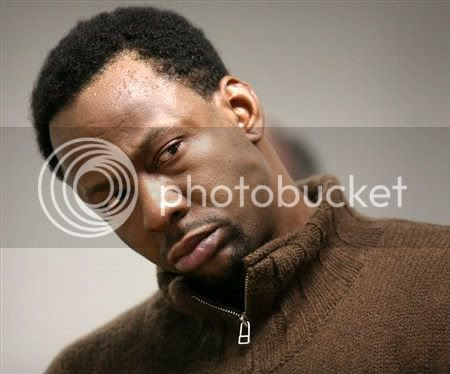 Just great. Now I won't be able to get "Don't Be Cruel" out of my head for the rest of the day.

He was the Usher and Chris Brown of his day when he ruled the pop and R&B charts back in the late 1980s and early 1990s, and apparently troubled entertainer Bobby Brown still has fans.

That was at least the case late Sunday night at the West Loop's Market when he showed up on the sports bar's rooftop with a small entourage.

Weekend manager James Brown tells 312DD that Bobby Brown popped a few bottles of Grey Goose at his table and was gracious to all fans who spoke to him.

He was so nice, according to the manager, that upon his departure the entire packed rooftop broke out in one of Brown's greatest hits, "Don't Be Cruel."

Shocked they didn't sing "My Prerogative!"
Served deliciously by 312 Dining Diva at 7:08 AM