Does 'Minority Nightlife' Get a Bad Rap? 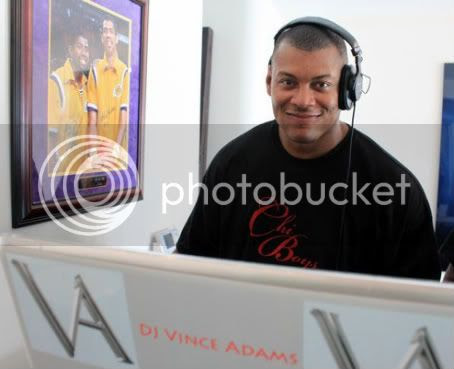 
Vince Adams (a.k.a. DJ VA) has worked Chicago's night spots as well as a number of clubs around the country since the mid-1990s.

If you've ever frequented the likes of Green Dolphin Street, The Shrine, Funky Buddha Lounge or Bon V, you've likely seen him behind the 'tables.

While he's that guy who usually has a big smile on his face, these days he's none too pleased with how minority nightlife is getting a bad rap.

He writes, in an open letter, on his blog:

"I am blessed to be able to DJ a wide range and large number of events. I am very happy and proud to say that the events that I am personally involved in rarely have instances that require anymore than a bouncer telling someone to calm down. Given the relative number of events that take place in a city the size of Chicago, I am sure that many promoters and owners can confidently say that they go the extra mile to ensure that they provide as safe an environment as possible for their clientele. As in any business, bad news is bad for business.

I do feel that any act of violence is one act too many. Unfortunately, in the case that a life is lost in a social setting, that is one life too many. It would just be my desire that if there were a 'crack down' that was taking place that it would be treated as a universal issue and not a targeted one toward minority-based events.

Chicago has many things to be proud of and Black (as well as Latin) Chicago does as well. We provide a very diverse offering of events and it would be my desire that Chicago institutions and legislators would look to assist in creating an even safer environment as opposed to dismantling what has taken many people years of their lives to craft for the benefit of all who would like to attend."

Read the entire post here.
Served deliciously by 312 Dining Diva at 10:37 AM