Readers Get Worked Up Over Dolinsky's Top 5 Sushi List 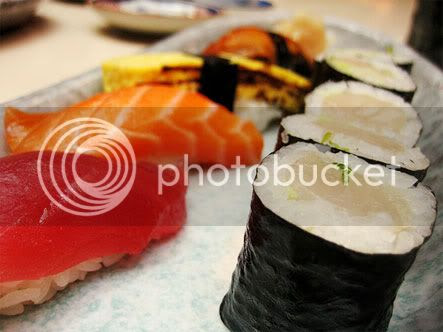 Everyone has an opinion on their fave steak, seafood or burger joint, and if it's missing from your list they're guaranteed to make an argument of why you should have included it.

Such is the case for Steve "The Hungry Hound" Dolinsky's Top 5 Sushi Spots in Chicago list this week that managed to stir controversy with readers.

In fact, it got so heated in the comments section about some of his selections (Where's the suburban sushi spots?! Where are the women sushi chefs?) that he jumped in and defended his choices:

"Yes, Arlington Heights has amazing Japanese food, but the blog's subhead is 'Adventures in Urban Eating,' and Arlington Heights doesn't quite cut it; these lists are Chicago-centric for a reason, and when visitors to the city are seeking some assistance, they're not going to rent a car and drive out to Mitsuwa for dinner.

"Bob San fans: The last time I went to the Division St. location, I sat at the bar, and asked Bob himself for an omakase. Rather than serve anything unique, he simply served the same dishes from the usual menu (hamachi with jalapeno, for example) served in the same portion size (large enough for two) despite the fact I was by myself. The place was busy, so he obviously couldn't be bothered with preparing a special chef's menu, which is what omakase means. There was absolutely no subtlety, no progression of textures and flavors, just really disappointing.

"Mickey, when was the last time you saw a female sushi chef/master?

Macku is a mess - they brag about mucking up their 'pristine' sushi with balsamic, fruit and other crap that has nothing to do with clean, pure flavors.

"I agree that Japonais is inconsistent, but again, when I've asked for an omakase, they've come through. Sushi Wabi just hasn't shown me the nuance - too many Americanized rolls for my taste - and the Avec-like, prison seating and ear-splitting noise make the experience slightly painful.

Renga-Tei is in Lincolnwood. A great little place, but outside city limits."
Served deliciously by 312 Dining Diva at 9:28 AM

Chefs & Mixologists..... a volatile mix. Be happy both of them don't work at a gas station. The place would blow up in a minute ;-)

My wife and I have had a several instances over the years where the restaurants would change the tip amount on our cc charge and add $1 or so. We only find out about this when we check our statements. Is this a widespread practice? Is it legal? How does one fight this?