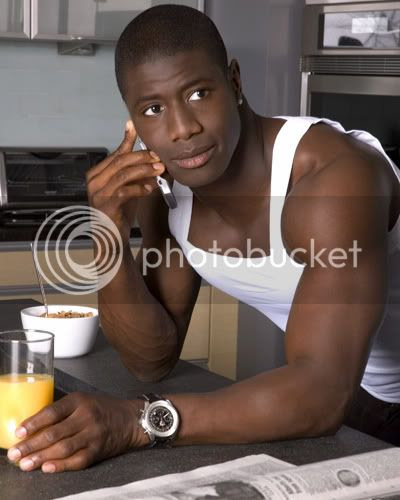 Ever so often, former Bears star Jerry Azumah will let his Twitter followers know that they can ping him online with questions about football, pop culture or whatever else is on their minds.

On this particular occasion on Tuesday, I joined in on the conversation and randomly asked Azumah about his favorite cuisine. "Asian and Italian" were his answers, but he followed up with "I'll let you know about what I eat tonight. It's top secret."

I didn't think much about it, but silly me. I should have seen this coming a mile away.

Azumah hit me back on Twitter a few hours later with this message:

"Tasted the 18-course dinner from the new Next (Paris 1906) restaurant coming next month from the good folks of Alinea! Yes!"

From what I've seen thus far, Azumah's one of the first to preview dishes from Grant Achatz's hot new West Loop restaurant and it appears that he loved what he had.

The special dinner for investors, however, took place in Alinea's private dining room, according to an Ultimate Insider, because Next and the adjacent Aviary lounge are still under construction.

"I sat down and broke bread with the small group that made it all possible," said Azumah. "(It's) not even open and is technically booked for three years." He added that more than 20,000 people have signed up for the email list when the tickets go on sale.

"I had to get in before the madness. The concept for Next is amazing. The people of Alinea are incredible," he said.