Someone Bought The $225 Patty Melt! 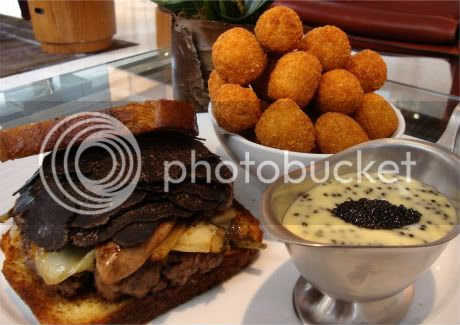 Executive Chef Rick Gresh put the $225 Patty Melt on the menu Friday (and it's sold ONLY on Fridays), and at least one of the customers ordered it as an appetizer, according to a Primehouse staffer.

"He even ordered a steak as an entree," she said.

Wow. That must've been one hell of a tip!
Served deliciously by 312 Dining Diva at 5:52 PM

I consider this a heads-up as to
where I'm not dining in the near future. :-)