It Totally Pays To Be A Firefighter! 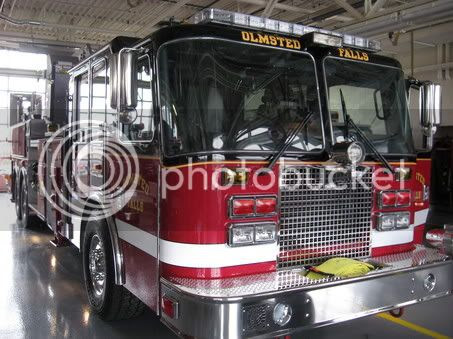 The staff over at Grant Achatz's glorious new Next have likely heard just about every story imaginable from the more than 21,000 people trying to get reservations at the West Loop hot spot.

But we're betting they had no idea they'd get this one:

A hardcore foodie and her firefighter hubby sent in their email just like everyone else to request a reservation at the tickets-only establishment. She casually mentioned in it that they'd prefer an earlier reservation because he had to be at the fire station early in the morning.

Not only did they get bumped to the top of the list for the desired reservation, but after dinner they also found out that the staffers were huge firefighter fans (honestly, who isn't?!). They'll probably get some cool firehouse shirts out of this.

But don't even think about concocting your own firefighter story, said my source.

"When we were told why our email was picked, it was jokingly said that we shouldn't mention it to too many people so they wouldn't get inundated with emails of people claiming to be firemen," she said.

"That said, I'm sure when they pick emails they look for something unique other than I am so and so, or I KNOW so and so, or I've been a fan of Chef Achatz since Trio, and now saying you want the earlier res because you are dining with a fireman who has to work the next morning is played out and not unique."

Gosh, I so wish I could get my hands on those emails!
Served deliciously by 312 Dining Diva at 2:13 PM