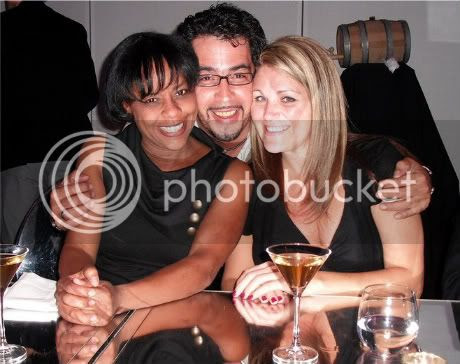 ABC-7's new Windy City Live show debuts next Thursday at 9am, but we're way more excited about Friday's show when one of our favorite people in the world is scheduled to appear.

Blackbird's head mixologist Lynn House will be on doing what she does best: making cocktails.

She'll be on the set with hosts Valerie Warner and Ryan Chiaverini shaking up the official Windy City Live cocktail that'll be made with seasonal ingredients and local spirits. We didn't push her for the exact ingredients of the drink because we wanted it to be a surprise to all.

Cheers to hoping this turns into a regular gig for Lynn!

But there's also more exciting news about her this week. The sassy star-tender was in New York Monday for the Manhattan Cocktail Classic and received very special honors from legendary NYC mixologist Gary Regan, who gave her the Gazzer Award. That's a pretty prestigious award in the mixology community, and he also named her one of the Top 20 Fabulous Bartenders in the World for 2011.

Additionally, her cocktail, Oz, appears in his Annual Manual for Bartenders 2011 as one of the top 101 cocktails for 2010. She was the only Chicagoan honored.

This is awesome! So happy for her!