Another Pastry Chef Hits The Airwaves! 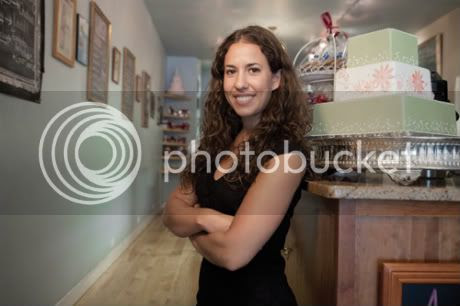 But another big name in all things sweet may just steal a little of her thunder. Sarah Levy of Sarah's Pastries and Candies is appearing on the mega-competitive Food Network Challenge a few days before on August 21.

Levy is set to appear on the series with partner Sunny Lee, making a three-foot-tall moving dinosaur cake. WTF. I've seen a few of the challenges on this show, which have ranged from Smurfs to mythical creatures, and they're the most difficult and frustrating tasks I've ever witnessed chefs take on.

Good luck to Levy and Lee, who'll surely be cheered on by hundreds of family, friends and fans attending a benefit viewing party that same night at Mastro's. A portion of the proceeds benefits the Elizabeth Glaser Pediatric AIDS Foundation.

The $100 ticket (get them here) includes the viewing party, appetizers, cocktails, desserts from Sarah's, and a VIP gift bag. The party starts at 6pm.
Served deliciously by 312 Dining Diva at 7:40 PM