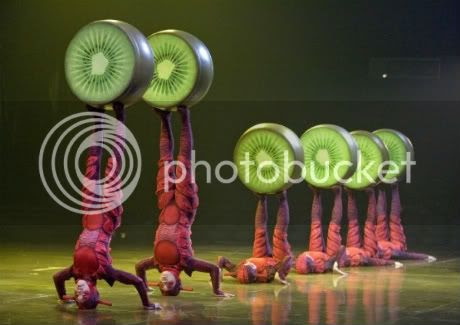 Insects typically skeeve me out, but Cirque du Soleil manages to make them look fun and sexy in its latest production going on now under the blue-and-yellow Grand Chapiteau at United Center

Of course, only a hardcore athlete could perform those death-defying acts in OVO, which makes me wonder exactly what these guys eat when they're on tour.

The performers are lucky enough to have a full-service kitchen staff on tour with them, but that's just got to be pretty boring eating when you're in a city like Chicago for three months. So we checked in to find out where they dined around town. What was most surprising is that their diets aren't as restricted as we expected. 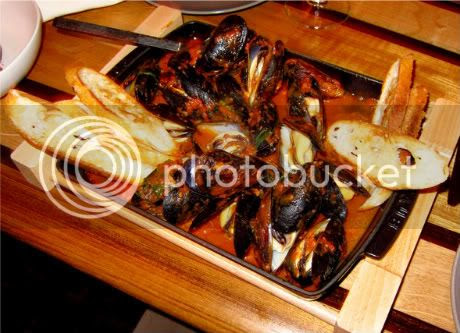 One of their favorite spots was GT Fish & Oyster, the trendy new seafood-focused restaurant from the Boka Restaurant Group guys. Here they indulged in the Alaskan King crab legs, basil gnocchi, crab cakes, PEI mussels (one of the performers went wild over the signature red sauce), smoked hamachi crudo, and two orders of every oyster on the menu. And believe it or not, they also had dessert. The key lime pie in a jar was a hit with the group.

Four members of the troupe also headed to Girl and the Goat, and ordered an item from each section (vegetarian, seafood, meat).

They've all been dining around town so much that we're surprised that they ever get to eat the food from their own kitchen. They've also been spotted grubbing at Le Colonial, Sushi Samba, Franks N’ Dawgs, Hop Haus, Yolk, de cero, Eleven City Diner, Gioco, Oysy Sushi, Haymarket, Lou Malnati's and Pequod's.