A South Loop Bodega With Flavor 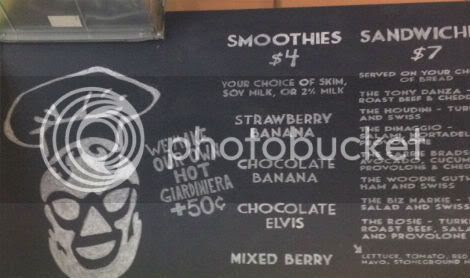 It's still very much a work in progress, but chef Efrain Cuevas—best known for putting on the monthly Clandestino Chicago Supper Club—is on his way to having a very cool bodega in the South Loop.

He took over the BYOB East Coast Pantry a few weeks ago, but look for him to change the name really soon. For now, however, he's completely revamped the menu, adding his own gourmet spin to the sandwiches.

What are some of the favorites?! 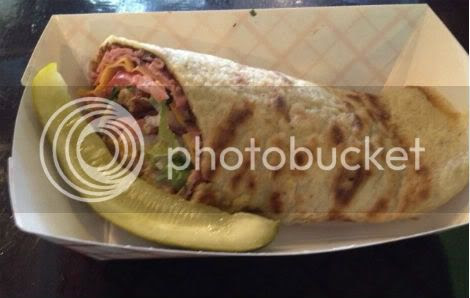 It's pretty well thought out, with a number of signature sandwiches (The Biz Markie of tuna salad and Swiss; Carrie Bradshaw of avocado, cucumber, provolone and cheddar), panini (Cuban; vegetarian; and The #1 of turkey, bacon, cheddar, red onion and honey mustard), gluten-free wraps, and focaccia topped with pepperoni, basil or bacon.

Especially tasty were the smoothies (made with skim, soy or 2% milk) that came in flavors of chocolate-banana, strawberry-banana, mixed berry, and chocolate Elvis of chocolate, banana and peanut butter. Cuevas' "secret" ingredient of house-made cinnamon simple syrup gave them a serious, unexpected kick. 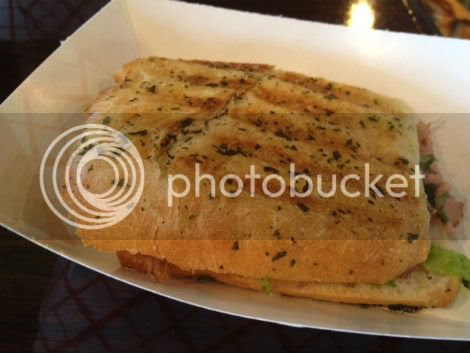 Look for the menu to change soon along with the bodega's name, but considering some of those sandwiches have been a hit, we expect quite a few to stick around . . .
Served deliciously by 312 Dining Diva at 2:56 PM