From Barrelhouse Flat To Carriage House, Get Ready For Henri's 'Spirited Dinner Series' This Fall 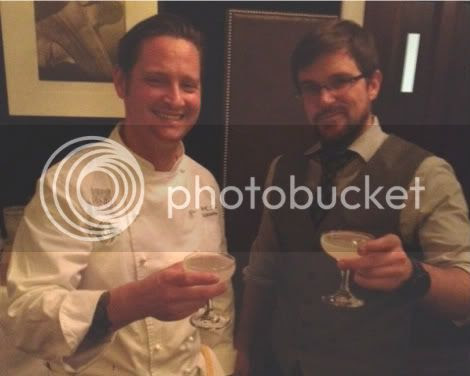 Henri mixologist Clint Rogers has gathered some of the city's most talented barmen for a series of spirited dinners you don't want to miss.

This sounds pretty cool—even though no female 'tenders are in the lineup—because each event takes on a different spirit that's paired with Executive Chef Dirk Flanigan's food.

For example, the first dinner takes place at 6pm Oct. 10 with Stephen Cole and his team from Barrelhouse Flat. They're charged with coming up with five whiskey craft cocktails using Buffalo Trace, Elmer T. Lee and Weller bourbons. The evening will begin with a cocktail reception featuring whiskey-based punches from Rogers and Thomas Mooneyham, the head mixlogist from Henri's sister restaurant The Gage. Then the guest bartenders will create cocktails to complement a five-course feast.

Here's the lineup for additional spirited dinners this fall:

Each dinner is $100 (excluding tax and tip) and reservations are required by calling Henri.
Served deliciously by 312 Dining Diva at 2:11 PM