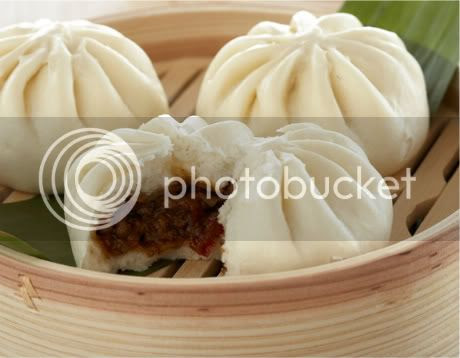 • These guys are always on to the next thing. Wow Bao managing partner Geoff Alexander and chef/partner Marc Bernard (also exec chef at Big Bowl) have created new self-order kiosks that allow customers to custom design baos to satisfy dietary needs, including vegetarian, nut free, soy free, dairy free and gluten free. Sounds good to me, as long as they are never taste free.

• The latest on Baconfest highlights the day's entire schedule so that you can ensure you're there for the chefs you want to see. Be certain to get a swig of swine-infused sippers from Mike Ryan (Sable Kitchen & Bar) and Stephen Cole (Barrelhouse Flat). The event happens April 20.

• Speaking of swine, pork-obsessed chef Charlie McKenna (Lillie's Q) teams up with Cleetus Friedman (formerly of City Provisions Delicatessen) for a Dark Horse Brewing Co. beer launch at the restaurant. I'll Have More sounds like the perfect nightcap! It's a chocolate, caramel and toasted rice stout that's based off Nestle's 100 Grand candy bar. It debuts on draft for $7 during the launch party happening 6-8pm Feb. 20. 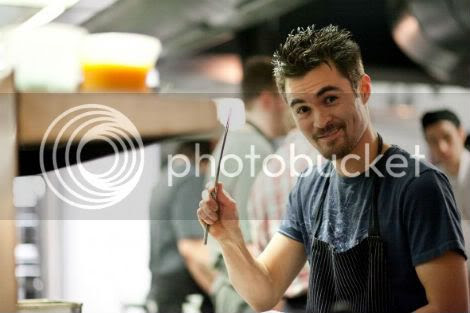 • Oh, boy. This is the ultimate Sunday night dinner. La Sirena Clandestina's John Manion teams up with Rob and Allison Levitt of The Butcher & Larder for a porkfest that includes shaved pork sirloin, rice & porky beans, collard greens and roasted loin. It's $85 from 6-9pm Feb. 17, but there's also a late-night package (9pm-midnight) when the menu is a la carte.

• Here's your chance to see what Table, Donkey and Stick is all about. Owner Shin Thompson is hosting a neighborhood party 5-10pm Feb. 17 with complimentary traditional raclette, pretzel rolls and sausages. It's a $10 suggested donation to benefit the Logan Square Chamber of Commerce and Farmer's Market.

• Which Chicago chef has the nicest teeth?!

• Let the games begin! It's time to vote for your favorite chef, mixologist, etc. in Time Out Chicago's annual Eat Out Awards.