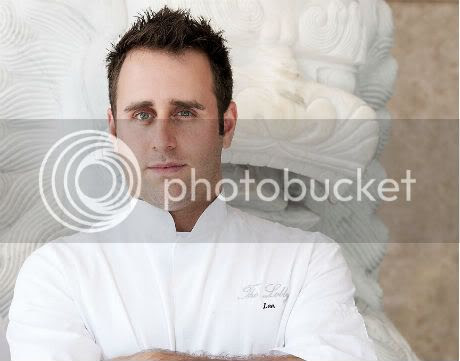 Lee Wolen, during his days at The Lobby (Photo: Peninsula Chicago)

Out with the old and in with the new restaurants for 2014.

And it's already looking like quite the year as a host of notable restaurants are set to debut . . .

Berrista Coffee. Homaro Canto's been talking about those "miracle berries" for a few years now, so I'm thrilled that I'll get them on the regular when his revolutionary bakery opens in Old Irving Park in the spring. Berrista is not only a great concept with its sugar-free and gluten-free goodies, but those with diabetes and other health-related issues will finally be able to gorge with abandon.

Boka. Mad accolades were dropped on the talented Lee Wolen when he helmed Lobby at Peninsula Chicago for almost two years. But when Boka reopens in February, we'll really get to see his full range. No longer restrained by hotel and corporate limitations, Wolen is about to go crazy in the kitchen. And I cannot WAIT.

Nobu. I've been informed on the DL that Robert DeNiro's high-end, Asian-influenced eatery is no longer opening in the West Loop. That sucks, but his team is still looking for a location in the city, which will likely be River North. Whatever the case, I'm still crossing my fingers that it opens in 2014.

Sodikoff pizza parlor. Only Brendan Sodikoff can get people worked up over something as simple as pizza. The force behind successes such as Au Cheval, Bavette's and Gilt Bar has apparently bought the former Cafe Con Leche space and will sell "pizza by the slice." He's also planning a few more projects in 2014, but something tells me that the lines at this yet-unnamed pizza parlor will be similar to his Doughnut Vault. Save me a spot in line!

Spritz Burger. The Hearty Boys (Dan Smith and Steve McDonagh) have closed Hearty and are set to open a burger-focused concept in the space. What makes this deal super exciting is that they've teamed up with the award-winning pastry chef Gale Gand for her pastries and house-made root beer. I'm especially looking forward to what's certain to be a whimsical mixology program that will play homage to the classics. It opens in the winter.

Just a small correction regarding miracle berries - for diabetics, it is more than just sugar that is an issue. At Berrista, diabetics will not be able to "gorge with abandon" unless the products are paleo on top of reduced sugar. Carbs are carbs - and grains break down into their components (glucose mostly) during digestion, spiking blood sugar, though not as quickly as does refined sugar. Just FYI.