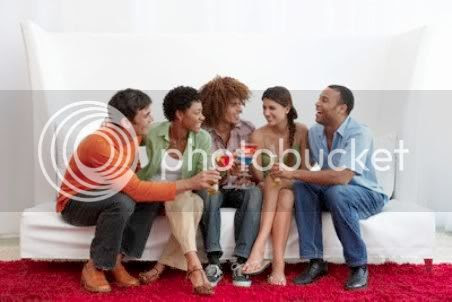 Landmark Grill + Lounge kicks off a new seasonal series tonight. Passport to Summer should be a hit with the hip-stars for the complimentary 10 Cane Rum cocktails, small, creative bites by executive chef Benjamin Browning and fashion show. Event starts at 7:30pm with the cocktail party, then a fashion show with Akira happening at 10. No cover.

Celebrity favorite deejay Samantha Ronson returns for her monthly set at Crimson, and who knows who'll show up with her. Last time it was Lindsay Lohan, this time it could be ________! Ronson starts at 9pm, but get there early for the GQ Magazine/Discover Heineken Around the World reception. Comp Heineken 8-10pm. Free.

Get ready for a special preview of the 86 Collective featuring Echo. The artsy cocktail party will also have a special appearance by actress Amy Sedaris, passed appetizers and comp cocktails. 7-9pm. RSVP to 86collective@factio-magazine.com for admission. 1101 W. Fulton Market

As part of the Gen Art Film Festival, AMC Pipers Alley (1608 N. Wells St.) will have the Chicago premiere of "Dark Streets," starring Bijou Phillips. A Q&A will immediately follow, then the after-party at Rockit Bar & Grill. Film at 7pm; party kicks off at 9:30pm. $15-$20.

It's time to Melt at Victor Hotel. Party includes James Lauer and Funky Couture holding it down with hot electronica dance; drink specials include $7 P.I.N.K. vodka cocktails. 9pm-2am. No cover.

There's never a bad time for bubbly, and Pops for Champagne gets the party started early with this afternoon tasting. Guests will have the opportunity to sample three cuvées from Iron Horse Vineyards, which cranks out exceptional craft-produced sparkling wines. 3-5pm. $15.

Head to Lush Wine and Spirits for the Three Floyds XI release party of some spectacular ales. They'll also be pouring three additional Floyds beers and grilling brats on the patio. 5-8pm. Free.