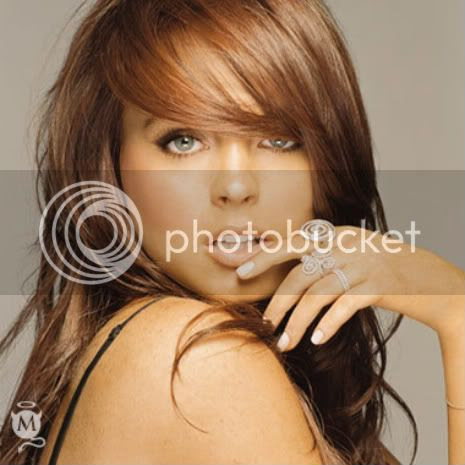 There's a big chance we'll see Lindsay Lohan out and about at various parties this weekend.

And while some will brave the blistering heat this weekend with daylong, outdoor concerts, others will opt for the parties bringing out the stars:

Lollapalooza founder Perry Farrell is the special guest at GALApalooza, taking place tonight at Petrillo Music Shell (235 S. Columbus Dr.; 312-742-4808). The sneak-peak fundraiser for the Fountain Restoration Project, the event includes a buffet, cocktails, and a performance by Sharon Jones and the Dap-Kings. 6pm. $350.

The BlackBerry Luxe Club Series makes a stop in Chicago tonight, and yes you're invited if you RSVP here. Party happens at Lumen, featuring celebrity deejay Jazzy Jeff, who'll be spinning old-school hip-hop, rock and R&B from 11pm-1am. You'll also get comped specialty cocktails if you arrive between 9pm-midnight. Doors open at 9pm. Free admission with that RSVP.

Underground transforms into the MOTOROKR Lounge all weekend with performances from Katy Perry ("I Kissed a Girl") tonight; a deejay set by Million $ Mano on Friday; Fonzworth Bentley, O'Neal McKnight, DJ Cassidy and DJ Momjeans on Saturday; and a live performance by G. Love & Special Sauce with a deejay set by Flosstradamus on Sunday. 9pm-4am Thursday, Friday, Sunday. 9pm-5am Saturday. Cover varies.

Famed deejay Samantha Ronson returns to Crimson Lounge for her regular residency, but this time look out for some possible celebrity sightings. Her infamous galpal Lindsay Lohan and brother Mark Ronson—who's also a superstar deejay—are both in town for the Rock the Vote concert happening Saturday at Lollapalooza. That party takes off at 9pm. $20.

It's the first-year anniversary for Smash&Crunch at Liar's Club, and you don't want to miss it as they'll have performances by Does It Offend You, Yeah? and CreamTeam.Tv. Hosted by Chicago Suicide Club, Custom Vibes, URB Magazine, Kilo Kai Rum and Scion. Oh, and there's $2 Kilo Kai drink specials. 8pm-2am. Free.

DJ Kid Kris performs at Manor, but he'll be accompanied by a surprise guest star who hasn't been announced yet. That's 9pm-2am. $20. And Saturday Katy Perry performs with high-profile NYC deejay Mia Moretti. That one goes on from 9pm-3am. Cover varies.

What's certain to be the hottest deejay showcase of the weekend is happening at Vision. Moby will be in the house, and it's his only Chicago performance this summer. He doesn't get on the tables until 1am, so check out all the other events going on first. 1am-5am. $30-$40.

Hollywood comes to the West Loop as "My Name is Earl" star Jamie Pressly celebrates her birthday at Bon V. Southern Comfort sponsors this party, which also includes Tinseltown mixmaster and on-air personality Eric Cubeechee (who also happens to be her fiance). Midnight-2am. No cover.

OK, so they're calling this a private bash, yet the public can win an invite to the official post-Lolla bash here. Perry Ferrell's set to host this event, with performances by Deadmau5, Steve Smooth, Danny Masterson (That 70's Show), "Does It Offend You, Yeah" and others. Party, which happens at Golan Studios (1501 N. Magnolia Ave.), includes an open bar and starts at 11pm. Free with RSVP.
Served deliciously by 312 Dining Diva at 7:24 AM

Love going to the Crimson Lounge. I can't believe I missed Ronson on Friday. I wasn't in town that night. Who was there? I can't wait to hear.