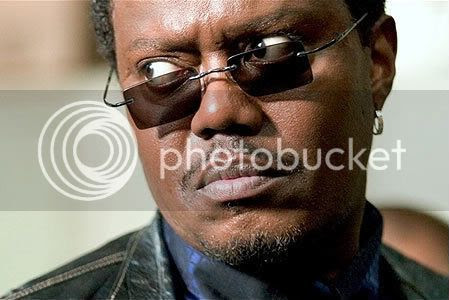 I first saw Bernie Mac perform when he was a hit on the local "chitlin' circuit" nightclubs. It was a few years after HBO's "Def Comedy Jam" launched and the raunchy style of black comedy was just starting to hit the mainstream around the country.

There were a number of extremely funny guys performing that same type of comedy those days at now-defunct clubs All Jokes Aside, Milt Tremier's and the Cotton Club, yet Mac always seem to stand apart. His brand of comedy may have been a little risque, but his delivery was always so smooth and sophisticated that you were never offended. And as he worked his bits on the stage, he made those now-famous faces: eyes poked out and mean looking that would eventually break out into a broad grin.

Looking back at those days when Mac was the headliner at clubs, it was no surprise that he has always stolen the show in just about every movie in which he's appeared. From the "Ocean's 11" franchise to "Charlie's Angels: Full Throttle" to "Guess Who?" (a remake of the Spencer Tracy and Katharine Hepburn 1967 classic "Guess Who's Coming to Dinner?"), he managed to light up the screen whenever that big, grinning mug appeared.

So here's to you, Bernie Mac. And may your signature style and swagger live on forever in all those little comedy clubs in Chicago and beyond.
Served deliciously by 312 Dining Diva at 9:54 AM