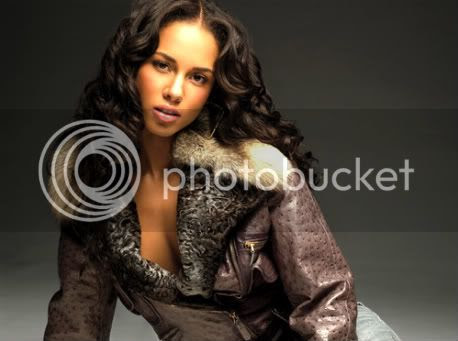 Alicia Keys performs at The Venue, the live music lounge nestled inside the Horseshoe Casino, on Saturday.


. . . especially if you get the chance to hear it through the sweet voice of Alicia Keys, who's performing at The Venue on Saturday.

That's the new high-profile music lounge inside the renovated Horseshoe Casino. And if you don't mind hoofing it to Hammond, Ind., they're spotlighting a host of hot upcoming shows, including Bret Michaels’ "The Rock of Love Bus Tour" (Sept. 21), Seal (Oct. 5), Aretha Franklin (Nov. 14) and Billy Cosby (Nov. 15).

Another notable opening is from the guys behind Uncle Fatty's Rum Resort. The adjacent Coach House has been open for a few weeks now, but tonight they're celebrating with free Effen vodka drinks (7-9pm), light appetizers, as well as half-price wine, martinis and beer all night. No cover.

The Diva Reunion occurs at Jbar, with a number of local media and entertainment personalities getting props from Maven and Sarah Vargo Productions. Special guest deejay Will (from MTV's "Real World") spins, and there will be specials on Snow Queen vodka. 9pm-2am. No cover.

For those on a budget, head to Broadway Cellars for a fixed-priced dinner, where you can get three courses for only $20. And for an additional $5, you get 3 oz. wine pairings.

Go crazy like Prince or walk like an Egyptian at I Love '80s Night, happening at Sheffield's. The bar's staff will be decked out in '80s kitsch, and of course guests are encouraged to do so as well. The night also includes cult classic films ("Sixteen Candles," "Flashdance"), a costume contest, '80s music, and drink and food specials. 6pm-2am. No cover.

2005 was a fantastic year for Bordeaux winemakers, but you don't have to spend an arm and a leg to get the best of it. Big Creek Productions and Lincoln Park Young Professionals host this after-work, wine-tasting event at Sam's Wines & Spirits for onephiles and novices to check out a number of stars, plus light bites from California Pizza Kitchen, Fleming's Steakhouse, Edible Arrangements and others. 6-8pm. $40 in advance (Ticketweb.com) or $50 at door. 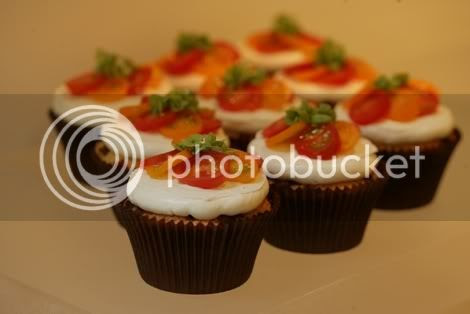 The BLT cupcake is one of the offbeat treats at More, opening Friday in the Gold Coast. (Photo: Jessica Tampas)

Wine lovers will also be flocking to the annual Wine Crush, taking place in Old Town. The daylong event, which starts at 11am (isn't that a little too early to be drinking wine?!), includes a couture fashion show, demonstrations, live music, food and more. It's also the third-year anniversary party for Suite Lounge, so if you're still stumbling around the area after the event, check in. Fest runs until 8pm, with tickets ranging from $25 for standard wine tastings to $45 for unlimited tastings.

Tickets are still available for Green Tie Ball, which takes places this year in a new venue at Chicago Scenic Studios (1315 N. North Branch St.). The festive soiree explores with a Greenivale theme, paying homage to Carnivale and Mardi Gras. You'll get to taste gourmet samplings, as well as an open bar, live music, charity gaming and more. 8:30pm-1am. $150.

The feast happening every weekend at newcomer Lakeview sports lounge The Pony should make every football fan happy. Chef Curtis whips up his version of chicken 'n' waffles (two homemade waffles with Southern fried chicken, whipped with strawberry butter), plus Effen Bloody Marys and "breakfast stacks" layered with meat, biscuits and hash browns. Get your order in and settle in under one of the many flatscreen TVs.

Possessed, a voodoo-themed fashion show, is what Akira is pushing as the stylish boutique showcases the best of its fall line. FORD models will take the runway in Chinese Laundry, 7Diamonds, Artful Dodger, FiveFour, Ben Sherman, PF Flyers and other looks to tribal beats. Also, live music from He Say, She Say and Brilliant Pebbles. Doors open at 5:30pm; show starts at 7pm at House of Blues. $15 general admission; $25 at door; $50 VIP. Call 847-727-5867 for tix. Crimson hosts the after party.
Served deliciously by 312 Dining Diva at 12:00 AM